We break down the upcoming Mullen FIVE EV crossover

There are a lot of EVs out there nowadays, each one fitting into its own niche. Some are all about that range, or try to hit or low price point, some want innovative tech, even hoping to drive the future of automation.

Then, there are vehicles like the Mullen FIVE EV crossover, an intriguing combination of these attributes. Expected to debut somewhere around late 2024, Mullen says this crossover will have a 325-mile range, exclusive technology, and will ring up at under $50,000 after an applied federal rebate.

Now, just a quick background in case you don’t know Mullen – Mullen is a successor company from Coda Automotive, one of the OG EV companies from the 2000s – it was basically just them and Tesla at the time. And although the Coda product line back in the late 2000s and even when re-introduced in 2014 didn’t really go anywhere, what is important is that it invested billions in things like battery management systems, drivetrains, and other technology that makes EVs move, which Mullen engineers have been able to study intricately.

Background out of the way, let’s take a closer look at the Mullen FIVE EV crossover by starting with some of the internal specs. Here’s what we know:

The crossover is coming with a 120 kWh battery, and Mullen tapped the Germany-based Hofer Powertrain for the vehicle’s electrical motors. Mullen engineers say the rear-wheel-drive version of the Mullen FIVE will have a dual motor in back with 300 kW of power, and there will also be a four-wheel drive version with an additional 150 kW in front.

Interestingly, the company announced in late February it is also working on a solid-state polymer 150 kWh battery pack capable of delivering 600 miles or more of range, and Mullen says it is hoping this battery pack will make its way into the second generation of the Mullen FIVE EV crossover, which will begin in-vehicle prototype testing in 2025.

As a side note, Mullen CEO and Chairman David Michery even told The Buzz back in April that you could “literally take a torch and burn a hole right through” Mullen’s solid-state cell battery and nothing would happen to it, meaning it won’t explode like any other lithium-ion battery on the market. I’m not recommending trying this, but had to mention it because he was confident this battery will be a game changer.

Now, what I find especially different about the Mullen FIVE is the company’s approach to infotainment, a system called “Persona.” While we don’t know the full capabilities of Persona yet, Mullen did tell me some of the highlights, and that starts with driver recognition.

At roughly 8-10 feet out from the vehicle, the Mullen FIVE will recognize the driver, unlock and wake up, setting your infotainment, climate control, seating, lighting – even your navigation will be set. Unlike other vehicles that may set driver preferences via a card or dongle on their keychain, the Mullen FIVE will actually recognize the driver via a camera monitor system built into the B pillar of the vehicle.

Persona will also be able to recognize if a shady guy or gal is up to no good, and even flash a message on the external monitor system to let those people know that the vehicle has been alarmed and activated.

Mullen also mentioned Persona comes with a pet safety mode. The idea is that passersby wouldn’t be freaked out if a driver wanted to leave their dog in the Mullen FIVE running at a comfortable temperature, because the car would notify those passersby in some way that, don’t worry, despite the lack of engine noise here, the car is on and the doggy is comfortable.

So, is the Mullen FIVE worth a look? If the vehicle debuts with this variety of promised features, I’d say so. But, we’ll have to wait a couple of years to find out, so, in the meantime, let us know if you’re excited for this EV crossover, or if there are other EVs debuting down the line that you have your eye on.

Electric commercial trucks are out there, and fleets are starting to use them in shorter routes that work for their limited battery range. In these cases, the limited range has a workaround, but what about if you are limited in what cargo you can haul? That’s what is happening to trucks hauling goods that need 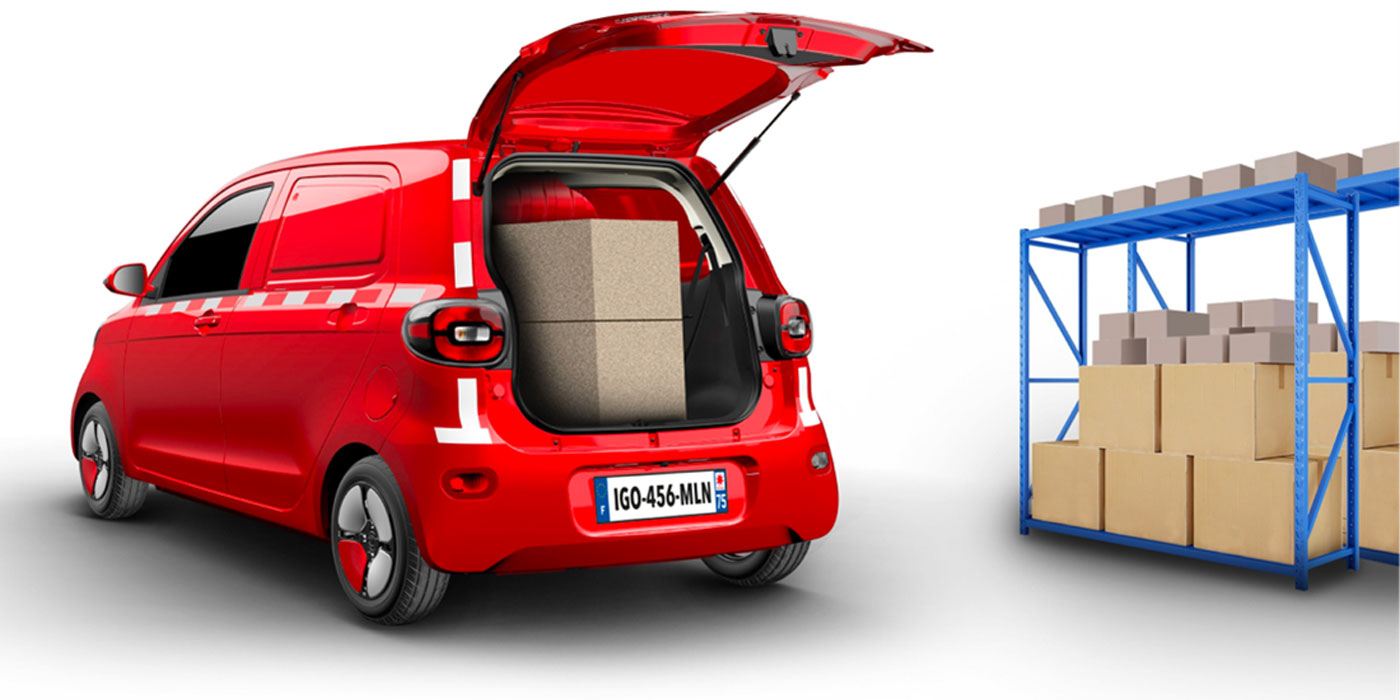