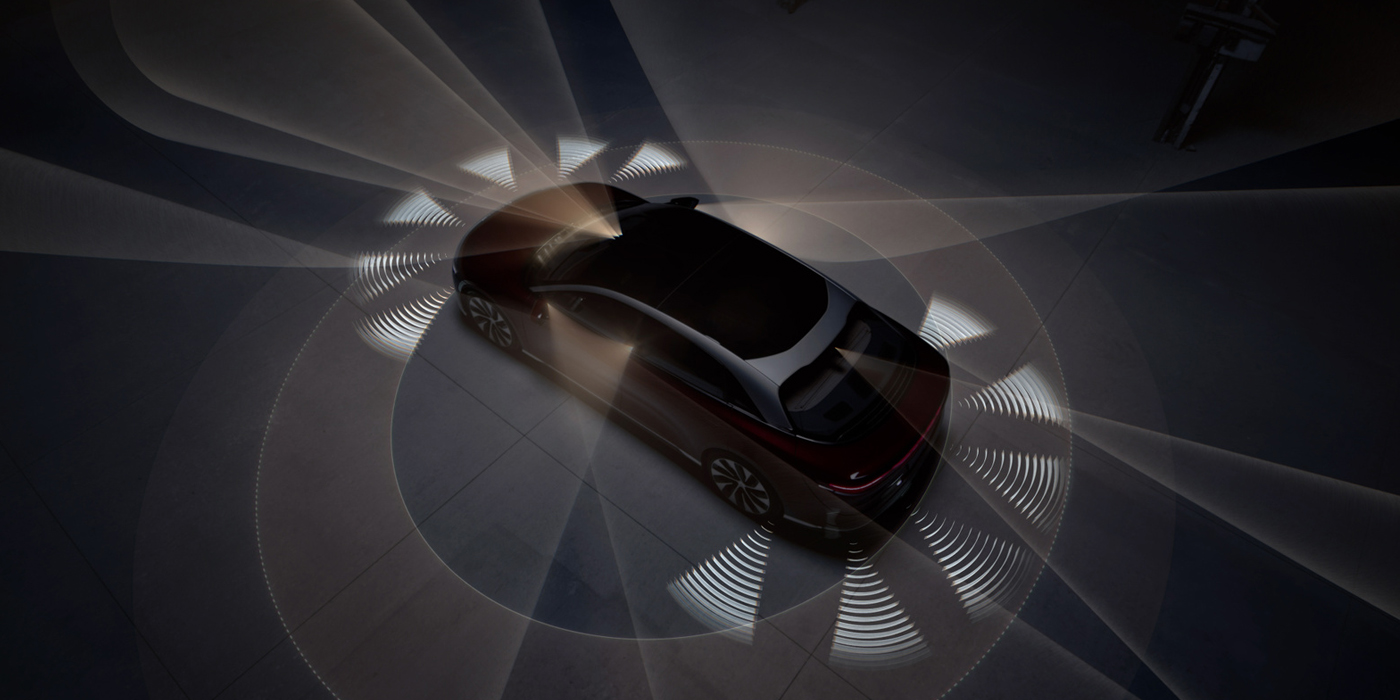 Lucid Group has announced the details of DreamDrive, the company’s advanced driver-assistance system (ADAS). DreamDrive employs up to 32 on-board sensors, a multi-faceted driver-monitoring system, and on-board ethernet networking powering more than 30 features through its interface. DreamDrive Pro – which is standard in Lucid Air Dream Edition and Lucid Air Grand Touring and is optional in other Lucid Air models – includes additional computing and sensor hardware in preparation for new features to be delivered via over-the-air (OTA) software updates.

As many as 32 sensors feed data to the DreamDrive system; comprising 14 visible-light cameras, five radar units, four surround-view cameras, ultrasonic sensors throughout the vehicle exterior, and, for DreamDrive Pro, the first automotive installation of LIDAR in North America, the company says. This solid-state LIDAR sensor will deliver high-resolution data with an ultra-wide field of view.

The Highway Assist group of features blends adaptive cruise control and lane centering control to help keep the Lucid Air where it belongs on the freeway, at a safe distance from the vehicle ahead and other lanes. Traffic Jam Assist operates at speeds between 0 and 40 mph, aiding in centering the vehicle when lane lines are occluded by close traffic. For vehicles equipped with DreamDrive Pro, further functions for Highway Assist are already in development.

The company says the Lucid Air also features a sophisticated driver monitoring system. An infrared driver camera tracks head position, eye gaze and blinking, while hands-off detection prompts the driver to return their hands to the steering wheel immediately. Should the driver fail to respond, indicating that the driver may be incapacitated, the system will slow the vehicle to a complete stop, activate the emergency brake, turn on hazard lights, emit a high-pitched beep and unlock the doors so that emergency responders can access the occupants.

Auto Park identifies parallel and perpendicular parking spots and manages all aspects of vehicle control as it enters and exits a spot – it selects gears, steers, drives forward and reverses in concert to leave the Lucid Air in the perfect position, the company says. When parking on a hill, Auto Park will even turn the front wheels toward or away from the curb, as appropriate for the direction.

The backbone of the computer network in the vehicle is the Lucid Air’s proprietary Ethernet Ring. This high-speed data network enables four computer gateways – one at each corner of the car – to communicate with each other at gigabit speeds, resulting not only in high performance but an especially high degree of redundancy for key systems such as steering, braking, sensors, power and more, the company says. Additional redundancy comes by way of Lucid’s dual-rail power architecture, which adds an additional layer of assurance in ensuring power delivery to vehicle systems.