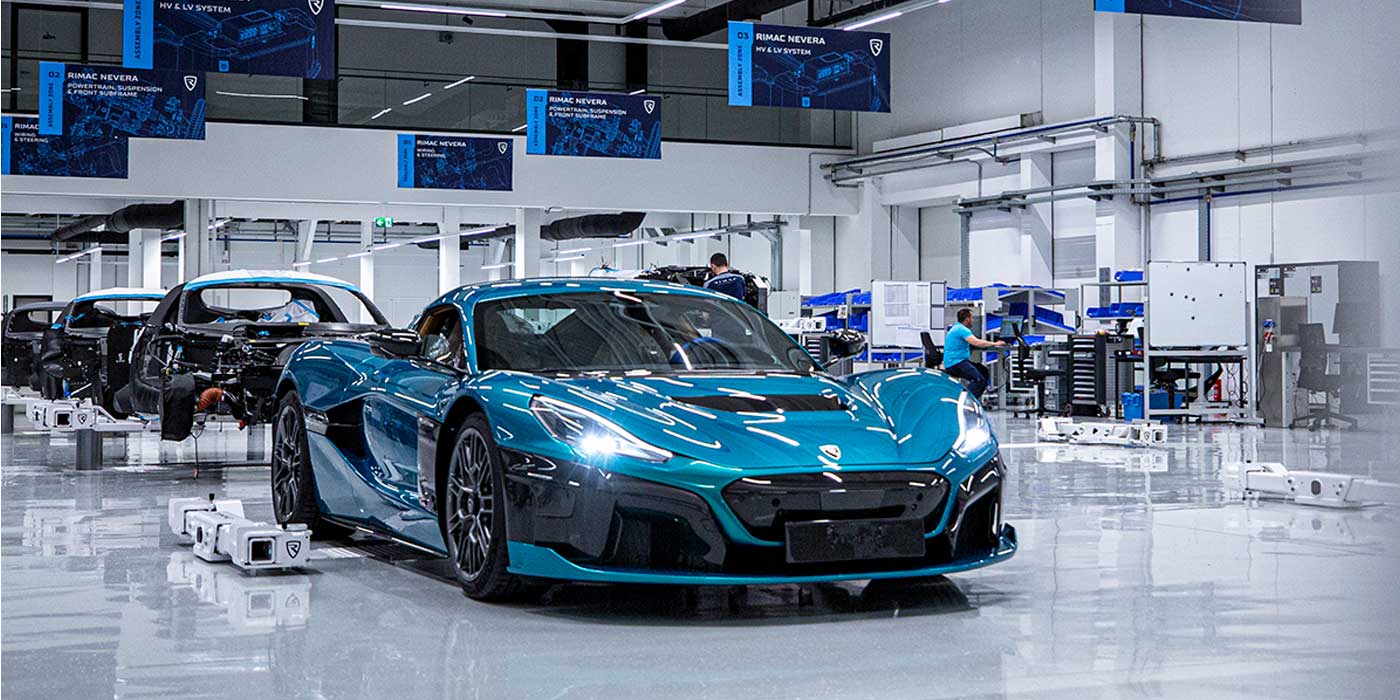 The first full-production version of the Rimac Nevera all-electric hypercar has rolled off Rimac’s new production line, and the Nevera will continue to be built at a rate of up to 50 units each year, delivered to customers all over the world.

The first cars destined to be delivered to customers are already being assembled, with each Nevera taking five weeks at the final assembly line. They will soon be delivered worldwide through Rimac Automobili’s network of dealer partners, which stretches across the United States, Europe, the Middle East and Asia.

The Nevera was developed entirely from scratch, with most key systems developed and made in-house by Rimac, the company says. A new generation battery system, inverter, gearbox, motor, control systems, infotainment and more were developed specifically for the Nevera. Throughout the development process, the powertrain was redesigned three times, in a process lasting more than two years, with each iteration pushing the envelope of performance further than before, the company adds.

In tandem with the development of the car, Rimac has also been developing its aftersales and customer care programs. Specialistic digital diagnostic tools have been built from the ground up in order to monitor and update the cars throughout their lifetime.

Advertisement
In this article:Rimac Group