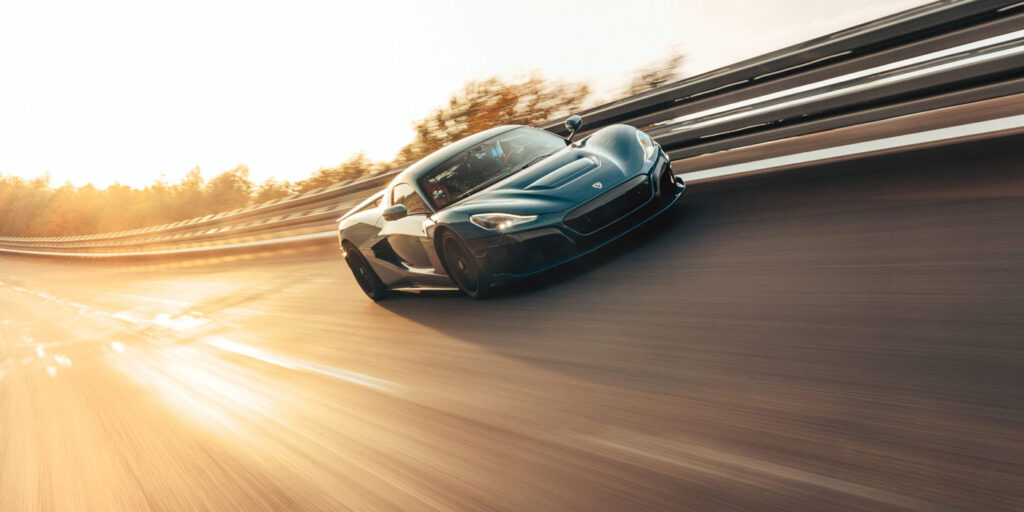 The Rimac Nevera has set a top speed of 258 MPH, making it the fastest electric production car in the world. The record-breaking feat follows on from the Nevera’s independently verified 8.582-second quarter-mile run in 2021, which made it the world’s fastest accelerating production car. Previously, the record was held by a Tesla S Model Plaid, at 167.14 MPH.

The Nevera was set into its top speed mode, creating an aerodynamic profile that balances drag and downforce to ensure stability at high speed. Fitted with road-legal Michelin Cup 2R tires, and with the oversight of a Michelin technician to check their condition, the record-setting run got underway.

The company says the Nevera is delivered to customers with a limited top speed of 219 MPH but can achieve the 258 MPH top speed in special customer events with the support from the Rimac team and under controlled conditions. Tires are under a huge amount of stress during such runs, most of the precautions are directed toward making sure that the tires are properly set up for such high speeds.

Production of the Nevera is currently underway at Rimac’s HQ on the outskirts of Zagreb, Croatia, and the first cars are already with customers around the world.