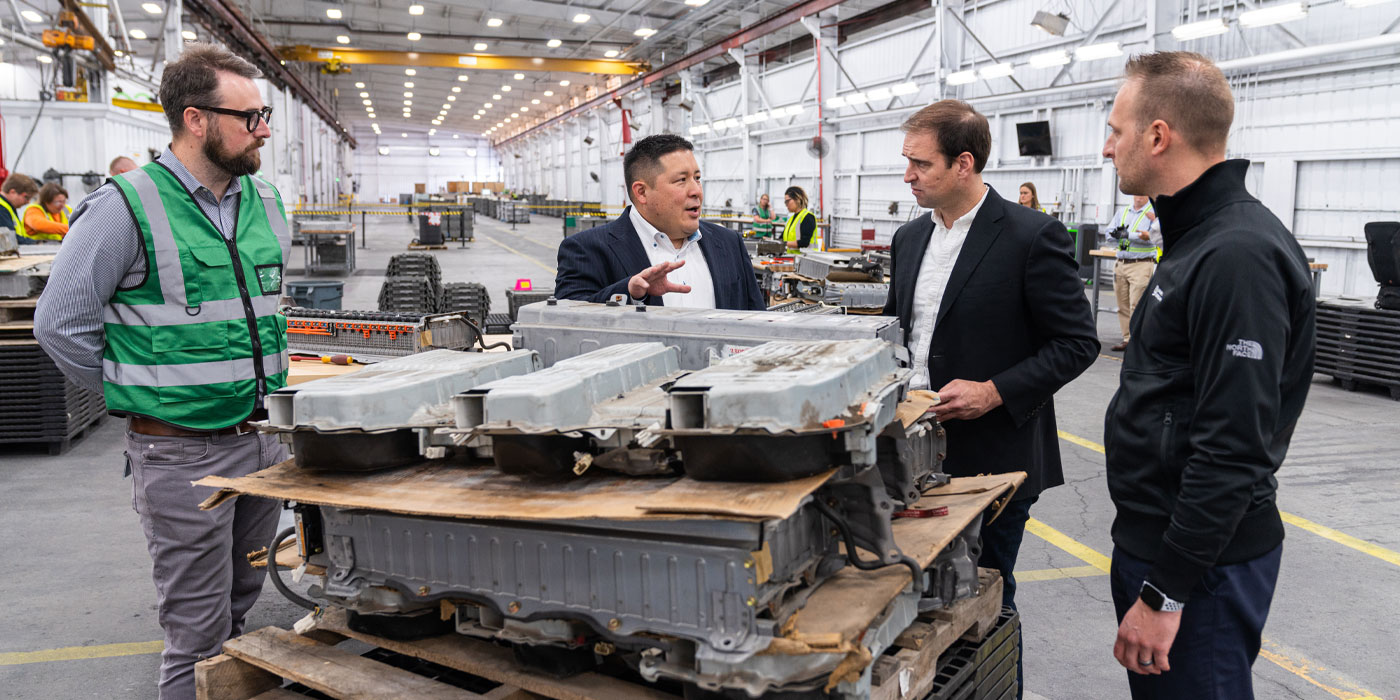 Toyota Motor North America has embarked on a mission to create a sustainable, closed-loop battery ecosystem for its electrified powertrains. The company says this mission focuses not only on the collection, testing and recycling of batteries into raw materials to create a sustainable supply chain, but also aims to develop second-life opportunities for remanufactured and repurposed Toyota hybrid electric vehicle batteries by leveraging battery health screening tools and empowering data from its vehicles.

In connection with these goals, Toyota and Redwood Materials will explore a series of end-of-life battery solutions for Toyota’s proposed battery ecosystem.

Initially, this collaboration will focus on the collection, testing and recycling of Toyota hybrid electric vehicle batteries, the company says. The companies will then look to expand into other areas such as battery health screening and data management, remanufacturing and battery material supply throughout North America.

Redwood Materials says it is lowering the environmental footprint and cost of lithium-ion batteries by offering large-scale sources of domestic anode and cathode materials produced from recycled batteries. Redwood receives more than approx. 6 GWh of end-of-life batteries annually for recycling, which are then refined and remanufactured into critical battery materials, the company says. The company says it plans to ramp the production of anode and cathode components in the U.S. to 100 GWh annually by 2025. Together, the companies say they will investigate ways to seamlessly incorporate battery recycling through domestic battery materials manufacturing into Toyota’s battery production strategy, beginning with North America.