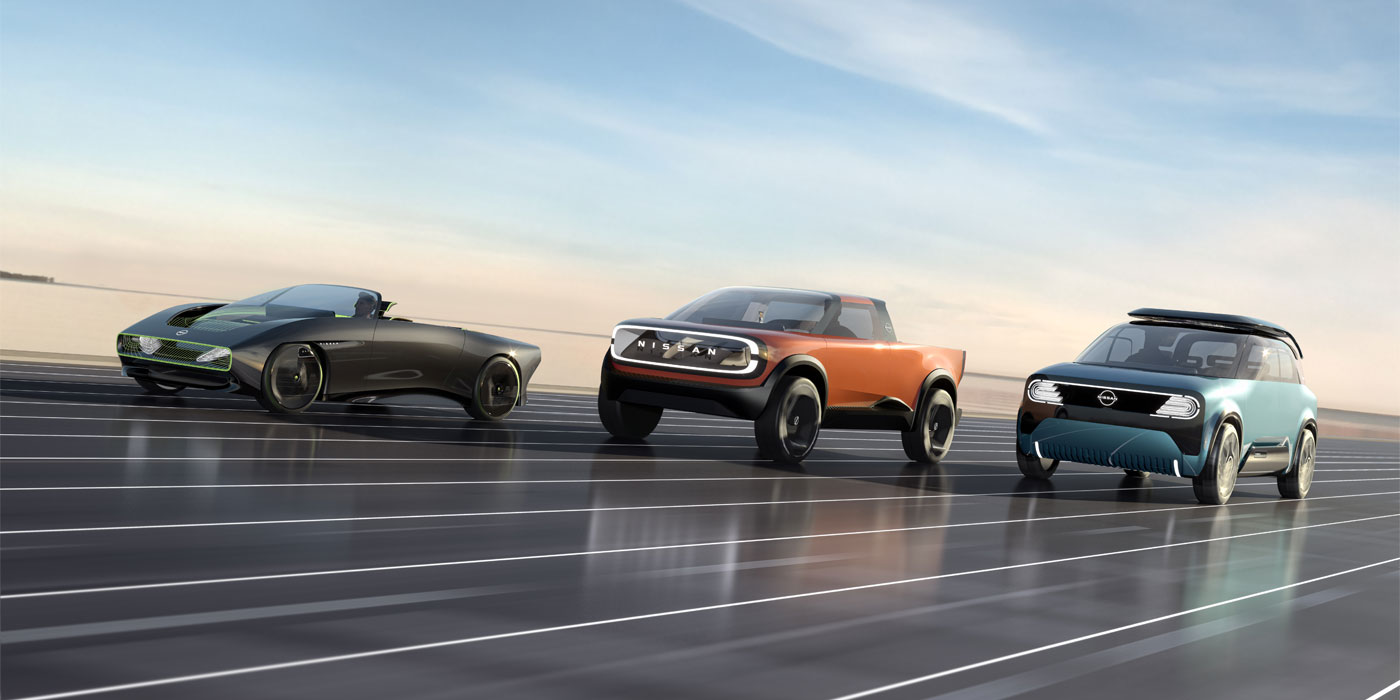 The company will introduce 23 new electrified models and wants 40% of U.S. sales to be EVs by fiscal year 2030.

Nissan Motor Co., Ltd. has unveiled Nissan Ambition 2030, the company’s new long-term vision responding to critical environmental, societal and customer needs. Nissan says it aims to become a truly sustainable company, driving toward a cleaner, safer, and more inclusive world. Over the next 10 years, Nissan will deliver electrified vehicles and technological innovations while expanding its operations globally, supporting the company’s goal to be carbon neutral across the lifecycle of its products by fiscal year 2050.

Nissan aims to accelerate the electrification of its vehicle lineup and rate of technology innovation with investments of 2 trillion yen (about $17.6 billion) over the next five years. The company will introduce 23 new electrified models by fiscal year 2030, aiming for an electrification mix of more than 50% globally across the Nissan and Infiniti brands.

With the introduction of 20 new EV and e-Power equipped models in the next five years, Nissan intends to increase its electrification sales mix across major markets by fiscal year 2026, including:

Nissan will also continue to evolve its lithium-ion battery technologies and introduce cobalt-free technology to bring down the cost by 65% by fiscal year 2028.

Nissan aims to launch EV with its proprietary all-solid-state batteries (ASSB) by fiscal year 2028 and ready a pilot plant in Yokohama as early as fiscal year 2024. With the introduction of ASSB, Nissan says it will be able to expand its EV offerings across segments and offer more dynamic performance. By reducing charging time to one-third, ASSBs will make EVs more efficient and accessible. Further, Nissan expects ASSB to bring the cost of battery packs down to $75 per kWh by fiscal year 2028 and aims to bring it further down to $65 per kWh to achieve cost parity between EV and gasoline vehicles in the future.

In addition to technology upgrades, Nissan will localize manufacturing and sourcing to make EVs more competitive. Nissan will expand its unique EV Hub concept, EV36Zero, which was launched in the UK to core markets including Japan, China and the U.S. EV36Zero is a fully integrated manufacturing and service ecosystem connecting mobility and energy management with the aim of realizing carbon neutrality.

Ensuring vehicle batteries remain sustainable will also continue to be a priority for Nissan based on its decade of repurposing and recycling expertise with 4R Energy. The company intends to expand its battery refurbishing facilities beyond Japan with new locations in Europe during fiscal year 2022, and in the U.S. in fiscal year 2025. Nissan’s refurbishing infrastructure will support a circular economy in energy management, and the company aims to fully commercialize its vehicle-to-everything and home battery systems in the mid-2020s. In addition, the company will invest up to 20 billion yen (approx. $176 million) by 2026 toward charging infrastructure.

Advertisement
In this article:Batteries, Global, Nissan

Nissan to invest almost $18B in electric over next five years