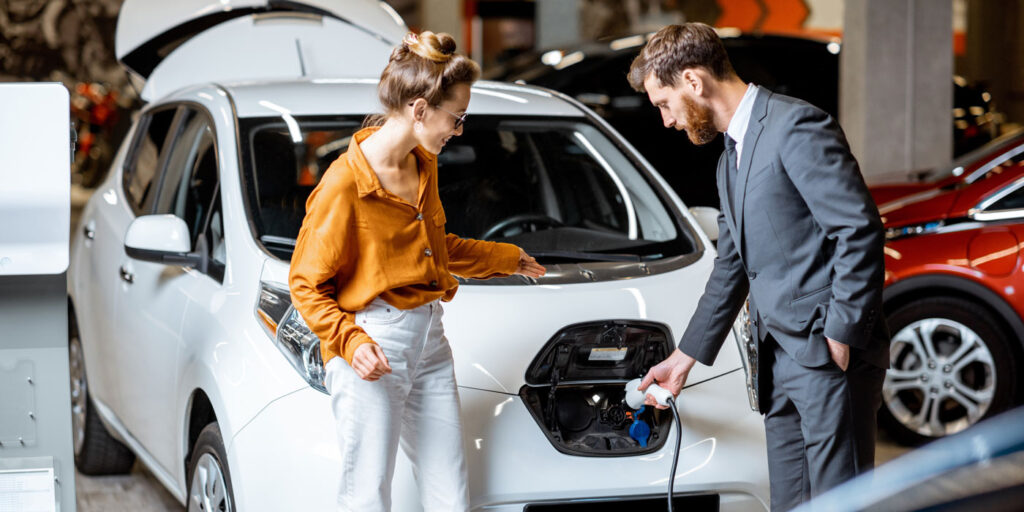 Sales of electrified vehicles hit a record in Q3 2022, according to Kelley Blue Book. More than 200,000 electrified vehicles were sold in the three-month span of Q3 – a first – with the segment far outpacing the rest of the industry in terms of sales volumes and share growth.

The high cost of EVs does not appear to deter car shoppers. While electrified vehicle prices declined by 1.8% month over month from August to September 2022, EV prices were up 9.7% in September 2022 compared to September 2021, KBB says. Last month, the average new EV price was $65,291, according to Kelley Blue Book, which is well above the industry average and aligns more with luxury versus mainstream prices. Despite the high price tags for EVs, consumer interest is not showing any signs of slowing.

“It’s no longer just ‘which Tesla is available,’ but rather an industry-wide boom with more EVs on the horizon from Ford, GM, Hyundai, and other manufacturers,” says Brian Moody, executive editor for Kelley Blue Book.

While Tesla is still the leading EV brand, new entries show strong growth. The company says Tesla’s share of the EV segment slumped lower in Q3, but for now, the brand remains the leader among EVs. More notable than the decline in EV share is that Tesla easily held on to the top spot in the luxury market during Q3, outselling its runner-up Mercedes-Benz by a large margin.

Beyond pure EVs, Kelly Blue Book says Toyota remains the gold standard for hybrid powertrains. Hybrid sales for Toyota decreased year over year in Q3 mostly due to tight inventory, but the brand still moved more than 100,000 hybrids in the U.S. during those three months. Year to date, nearly half of all hybrids sold in the United States wear a Toyota badge.