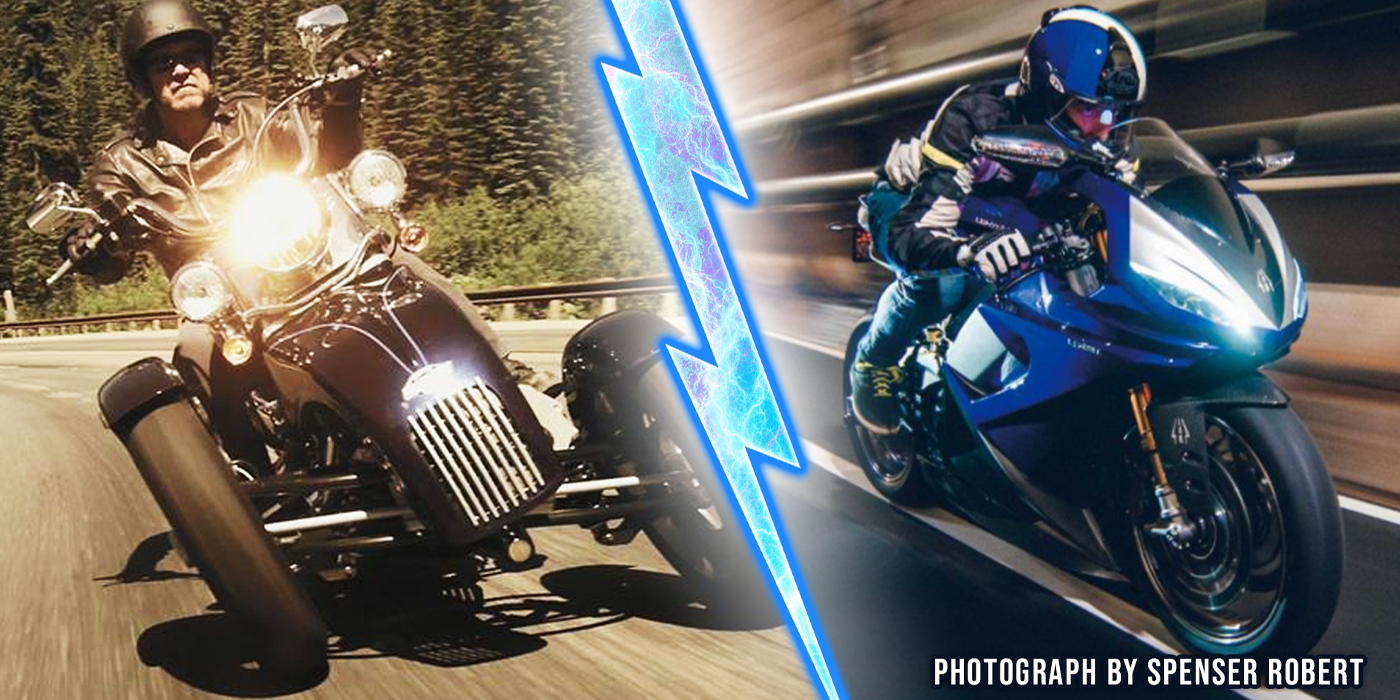 This will be the first time Arcimoto outfits an electric bike with Lightning’s TRiO kit.

Arcimoto Inc., makers of electric vehicles for everyday drivers and fleets, is collaborating with Lightning Motorcycles with the goal to develop the fastest tilting three-wheel motorcycle in the world—gas or electric—using its patented Tilting Motor Works TRiO tilting trike technology.

The Lightning SuperBike set a record as the world’s fastest production motorcycle, electric or otherwise, with the SCTA official World Record of 215.960 MPH and a best-timed run of 218.637 MPH at Bonneville during Speedweek in 2011, the companies say. This will be the first time Arcimoto outfits an electric bike with Lightning’s TRiO kit.

Arcimoto’s Tilting Motor Works TRiO is a tilting three-wheel conversion kit for touring motorcycles. TRiO allows the rider to lean naturally, maintaining performance while increasing safety, stability and confidence, the company says. TRiO kits can be augmented with the TiltLock leveling system, allowing the bike to stand up by itself while stopped at lights or in traffic.