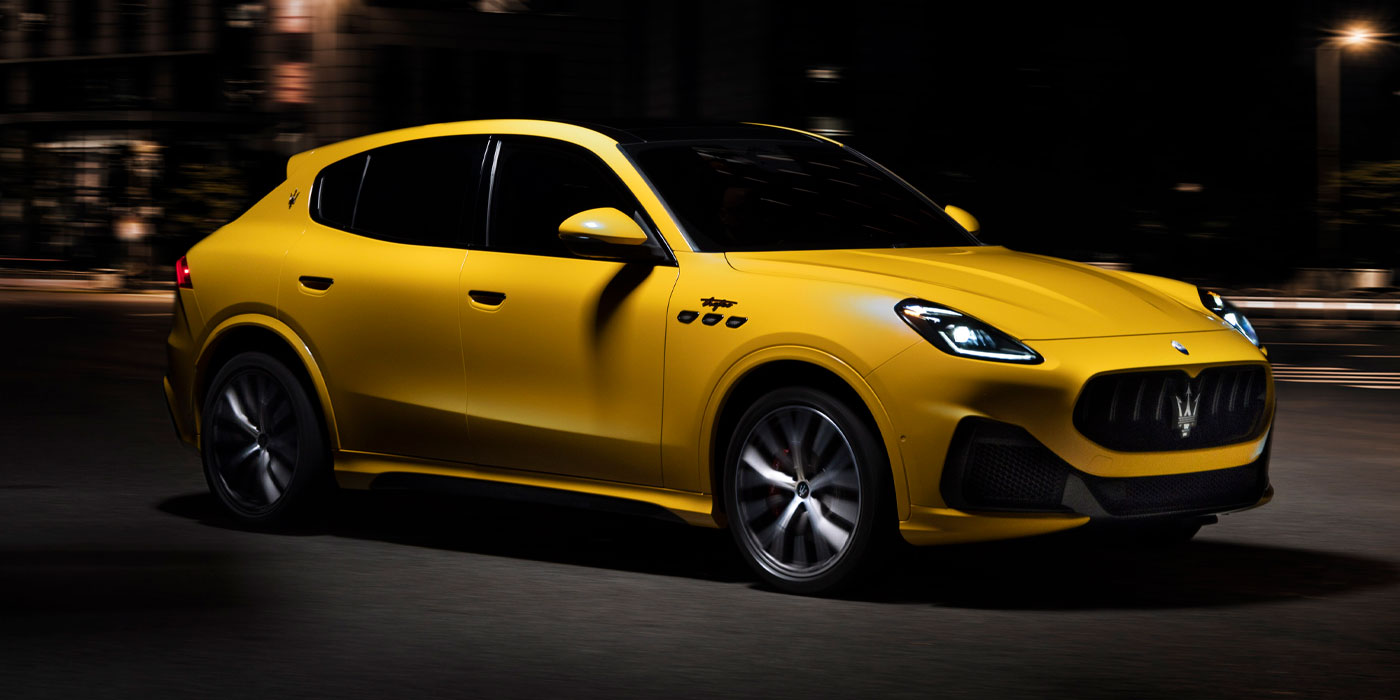 The new Maserati Grecale SUV is being produced with a range of drivetrain models available, including a conventional internal combustion engine, a hybrid version and, in a year’s time, an all-electric model – the first full-electric SUV in Maserati history.

Three versions will be rolled out at launch: GT, powered by a four-cylinder mild-hybrid engine capable of delivering 300 hp; Modena, with a four-cylinder 330-hp mild hybrid engine; and the Trofeo, equipped with a high-performance 3.0L 530-hp gasoline V6 based on the Nettuno engine fitted to the MC20.

The Grecale Folgore will be the 100% electric version with 400V technology.

Inside, in the cabin, the standout tech specs include the traditional Maserati clockface. Digital for the first time, it transforms into a veritable in-car concierge, courtesy of voice control. The technology is controlled from the displays: the large 12.3-in. central screen, the largest ever seen in a Maserati, another 8.8-in. display for the extra controls and a third for the passengers in the rear seats.

The in-car experience is managed from the Maserati Intelligent Assistant (MIA) Multimedia system, from the state-of-the-art infotainment and from Maserati Connect.

Advertisement
In this article:CUVs & SUVs, Maserati