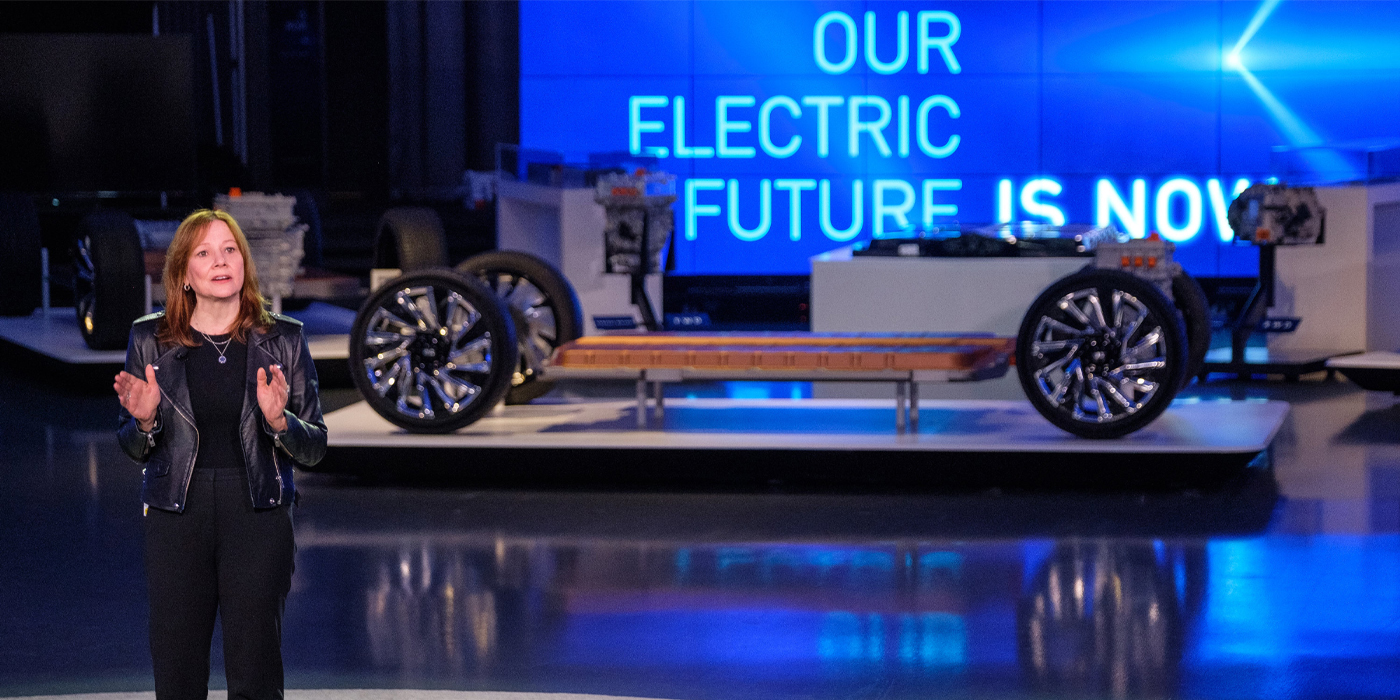 GM says more than 50% of its North American and Chinese manufacturing footprint will be capable of EV production by 2030.

General Motors Co. recently met with investors to detail its plans to double annual revenues by the end of the decade as well as transitioning to an all-electric future. GM has already announced plans to invest $35 billion through 2025 in all-electric and autonomous vehicles and launch more than 30 new EVs globally.

The company says it believes more than 50% of its North American and Chinese manufacturing footprint to be capable of EV production by 2030.

GM says it plans to reach leadership in EV market share in the U.S., while growing its profits from internal combustion engine (ICE) vehicles. The company says its growth will be driven by the Ultium modular EV platform that the company developed to launch a broad portfolio of highly desirable EVs using common, scalable components. The array of Ultium-powered EVs will include high-volume entries, including a Chevrolet crossover priced around $30,000, Buick crossovers, trucks from Chevrolet, GMC and Hummer EV, as well as Cadillac EVs such as the upcoming Lyriq and Celestiq.

GM says its dual-platform Ultium plus Ultifi strategy will aggressively expand digital services and increase the lifetime value of its vehicles. Ultifi is an end-to-end software platform that the company says is designed to unlock new vehicle experiences and connect customers’ digital lives. It will help enable the frequent and seamless delivery of software-defined features, apps and services to customers over the air, GM says.