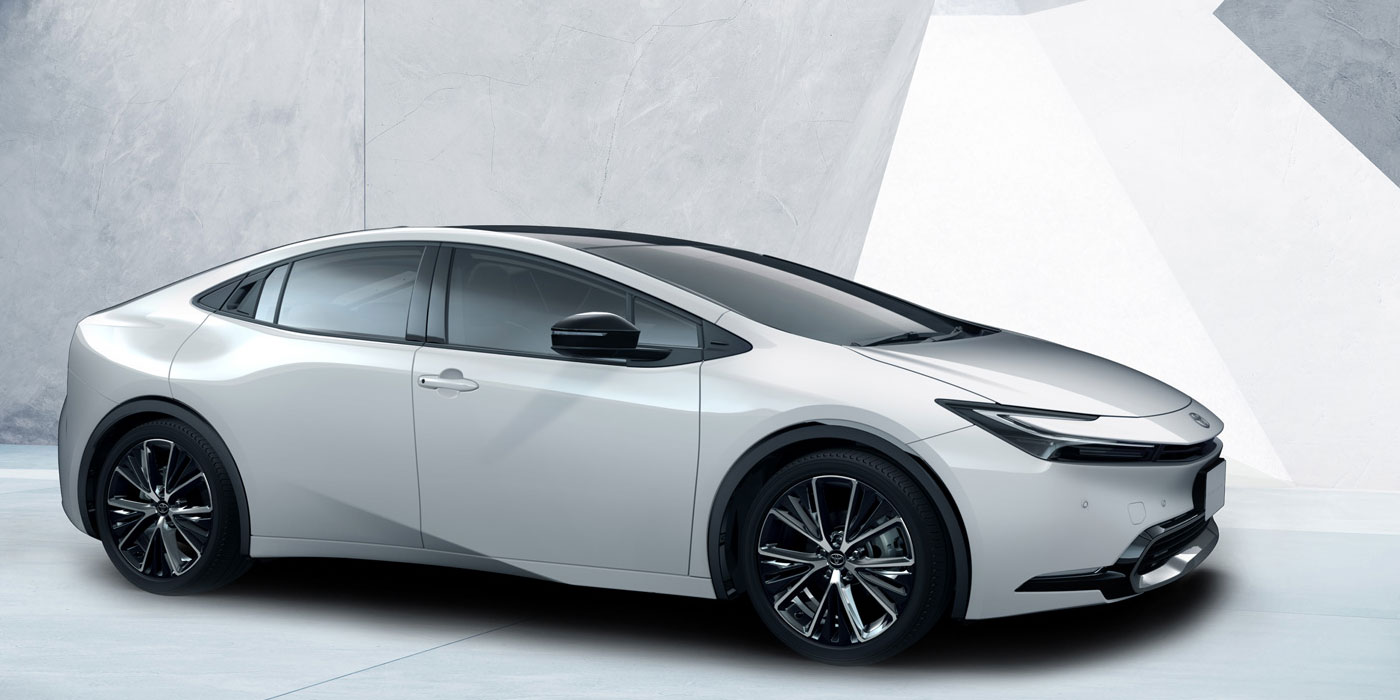 Toyota has unveiled its all-new Prius Series Parallel Hybrid (HEV) and Plug-in Hybrid (PHEV) models. The market should expect these new models to launch in the winter of this year and spring of the next, respectively.

Toyota says it decided to treat this new generation to an overhaul to its feature list and appearance. With this, the company says it intends to widen the appeal of hybrids in the future.

Inheriting the mono-form silhouette of the original Prius, the new Prius has revamped its proportions through a low center of gravity and large-diameter 19-in. wheels on the second-generation TNGA platform. The front possesses what Toyota calls a “hammerhead shark-like design,” while the rear design offers rear combination taillights extending horizontally to the left and right.

A total of eight body colors are available, including two newly developed solid base colors, “Ash” and “Mustard.”

The second-generation TNGA platform was developed as an ongoing improvement of the matured TNGA, allowing for a lower center of gravity and large-diameter tires, Toyota says. Additional reinforcement throughout the body has increased rigidity and improved quietness. Using MacPherson struts at the front and a double wishbone setup at the rear, the suspension system provides stability for straight-line driving, responsiveness that meets driver intentions in corners, and easy line-tracing ability.

The new Prius is equipped with a Toyota Safety Sense monocular camera at the front, a rear-facing camera for the Digital Inner Mirror, and an in-vehicle drive recorder. This setup has a clean appearance without a sense of the cameras and wires being retrofitted. The data is stored on the ECU to avoid data corruption and other issues associated with SD cards and properly manage important camera data.

The new Prius also comes with a panoramic view moonroof which can be fully opened. PHEV models are equipped with a second-generation solar charging system that achieves a more efficient conversion of solar energy into electricity, Toyota says. This generates power equivalent to driving up to 1,250 km (approx. 776 miles) per year. Electric power generated while parked is used to charge the drive battery, with the system supplying electricity for driving and for air conditioning and other functions. Electric power generated during driving is used to supplement the auxiliary battery system.

Following Japan, the new Prius will launch in North America, Europe, and other countries worldwide. Toyota will also offer the vehicle in Japan through the Kinto car subscription service. The company will release more exact details of the service plan in winter this year.

Advertisement
In this article:Hybrids, Toyota

Toyota switches up the formula on new Prius model