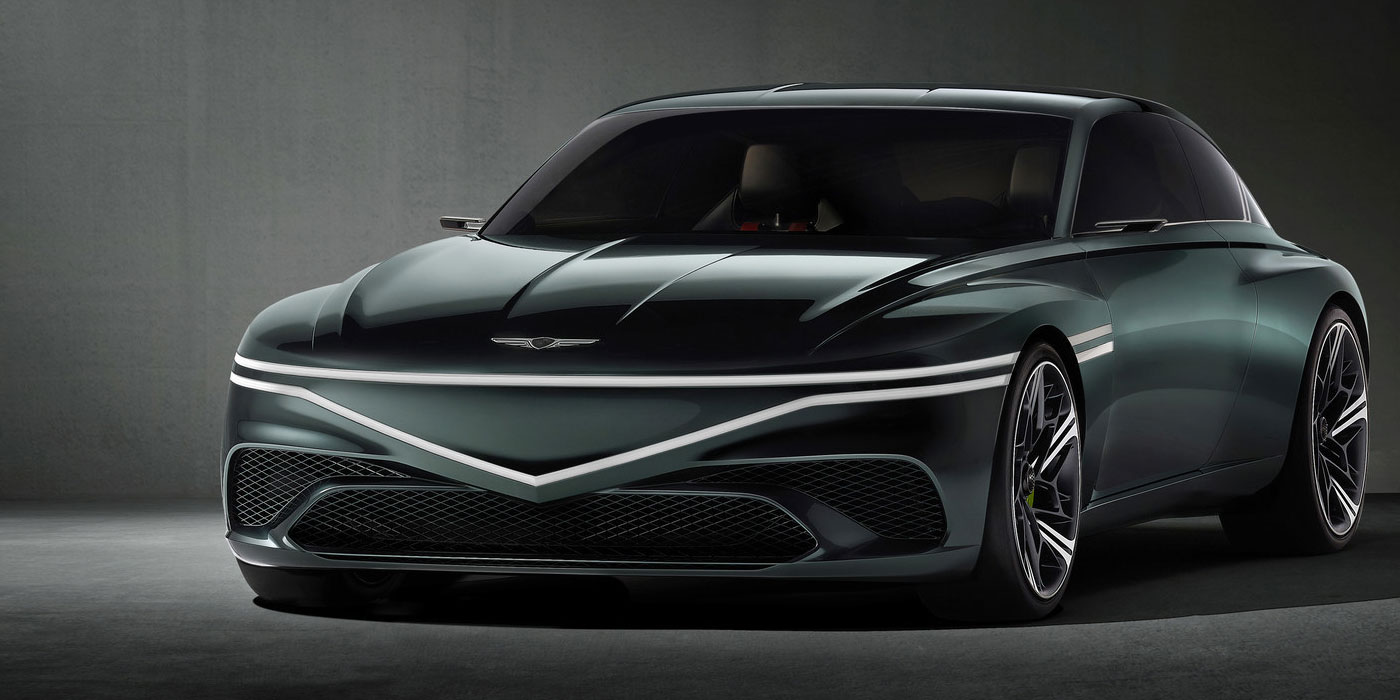 In a series of electrification-focused announcements, Genesis has premiered the Genesis X Speedium Coupe, a concept car that the company says incorporates Genesis’ DNA, while looking ahead to the next wave of EVs.

The name Speedium was inspired by the Korean racetrack in the city of Inje and the passion for motorsport it inspired in Genesis designers. The name also encapsulates Genesis’ belief that the emotional value of driving will remain strong in the era of electrification. The addition of the word “coupe” further accentuates the enjoyment of driving through aesthetic designs.

On the front of the vehicle, Genesis says its “signature” Two Lines lamps have evolved into a full-width element that encompasses the shape of the crest resembling the Genesis Crest Grille. It carries an EV face that symbolizes Genesis’ transformation towards becoming an all-electric car brand with a six-model lineup by 2030.

Viewed from the side, the vehicle has a Parabolic Line extending from the front to the rear of the car. The company says it gave the vehicle a deliberate “anti-wedge” design. Genesis adds the V-shaped brake lights interrupt the circular shape by producing contrast.

The concept’s metallic emerald green shade is referred to as “Inje Green.”

The company also announced Priority One to clients in select U.S. markets, a program designed to curate a personalized purchase experience for GV60, the brand’s first dedicated electric vehicle. By visiting the company’s website, providing their contact information and $500 refundable deposit, a Genesis Concierge will simplify the process and match clients with a qualified retailer.

Genesis Priority One will be available at launch in California, Connecticut, New Jersey and New York for a limited time while quantities last.

Genesis says it has shown significant growth in the U.S. market, setting monthly sales records for the past 16 months. The brand recorded 11,723 sales in Q1 2022, the largest quarterly sales achievement since its foray into the U.S. market in 2016.

Production Plans for the Electrified GV70

The brand also announced plans for U.S. production of its upcoming Electrified GV70 SUV at its manufacturing facility in Montgomery, Ala. Production is set to start in December.

Genesis announced that the Electrified Genesis GV70 will be its first vehicle produced in the U.S. at its manufacturing facility in Montgomery, Ala. Production is expected to begin in December 2022 with the goal of strengthening Genesis’ EV market position in the region and continuing its commitment to electrification.