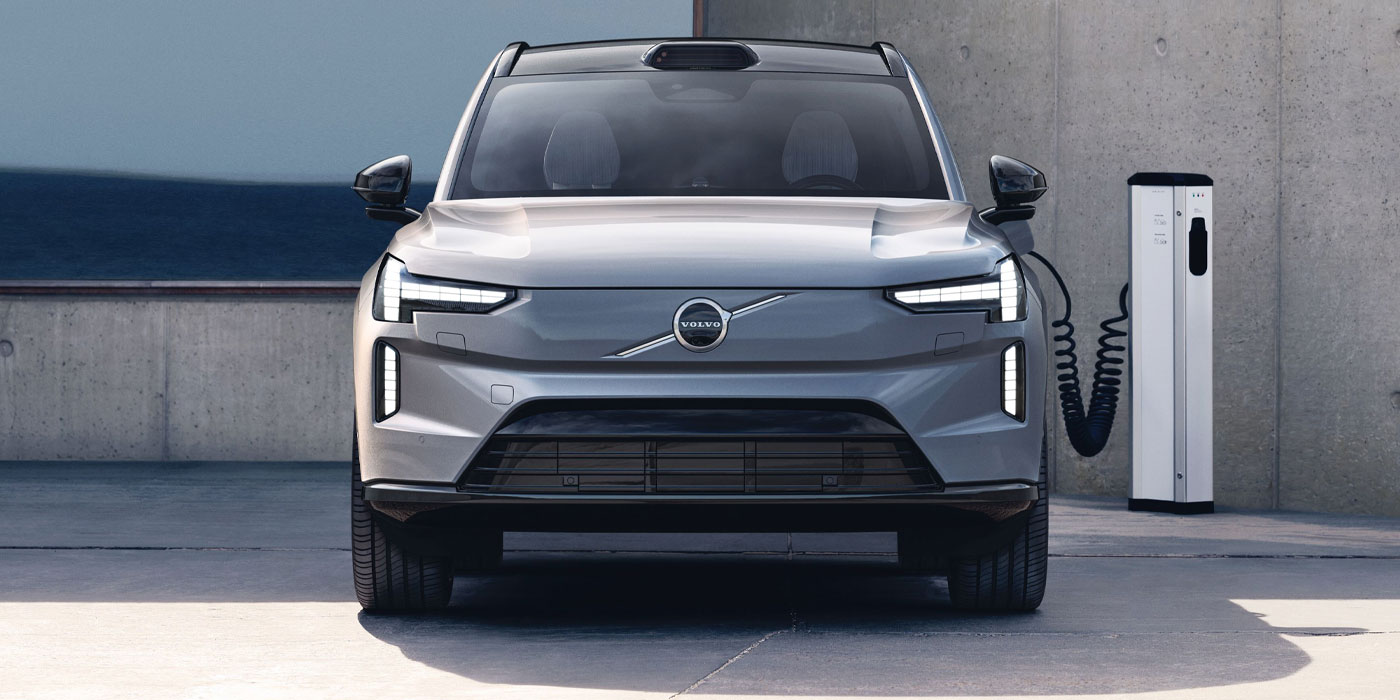 Volvo has revealed its new fully electric SUV, the EX90, which includes a single charge range of approx. 373 miles, charges from 10% to 80% in under 30 minutes, and includes a host of safety features.

Volvo says the EX90 is its first car with all the necessary hardware to enable bi-directional charging.

Volvo says the core system is powered by Nvidia Drive AI platforms Xavier and Orin, Snapdragon Cockpit Platforms from Qualcomm Technologies, as well as the company’s in-house software. The system runs most of the core functions inside the car, from safety and infotainment to battery management. The Volvo EX90 can also receive over-the-air system updates to improve its effectiveness over time.

Volvo says it combined the computing power from Snapdragon cockpit platforms with the visualization capabilities of Epic Games’ Unreal Engine for graphics on the in-car screens and head-up display.

A 14.5-in. center screen is the vehicle’s infotainment system with Google built-in. Google apps and services, including hands-free help from Google Assistant, Google Maps navigation and more all come built-in. The displays in the Volvo EX90 help keep the driver’s eyes on the road by offering you the correct information at the right time. The Volvo EX90 will also be compatible with wireless Apple CarPlay, Volvo says.

The Volvo EX90 has a series of sensors like cameras, radars and lidar connected to the car’s high-performance core computers, where Nvidia Drive runs Volvo Cars’ in-house software to create a real-time, 360-degree view of the world, which Volvo says makes an entire field of area awareness and collision avoidance.

According to Volvo, the vehicle’s lidar can sense the road in the vehicle’s front, whether it’s day or night, at high or suburban speeds. It can see small objects hundreds of meters ahead, creating more time to inform, act and avoid. The sensors also introduced the assisted driving function Pilot Assist, with new steering support while changing lanes.

Special sensors and cameras, powered by Volvo’s in-house algorithms, gauge eye gaze concentration. According to Volvo, the technology allows the EX90 to understand when you’re distracted, drowsy or otherwise inattentive.

The company says the car will alert you, first softly nudging, then more insistent. And if the unthinkable happens, the Volvo EX90 will stop and call for help safely, the company says.

The Volvo EX90 contains approximately 15% of recycled steel and 25% of recycled aluminum and 29.8 miles (48 km) of recycled plastics and bio-based materials, corresponding to around 15% of the total plastic used in the car.

Starting with the Volvo EX90, Volvo says it will reveal one new fully electric car each year. By 2030, the company aims to sell only fully electric vehicles.