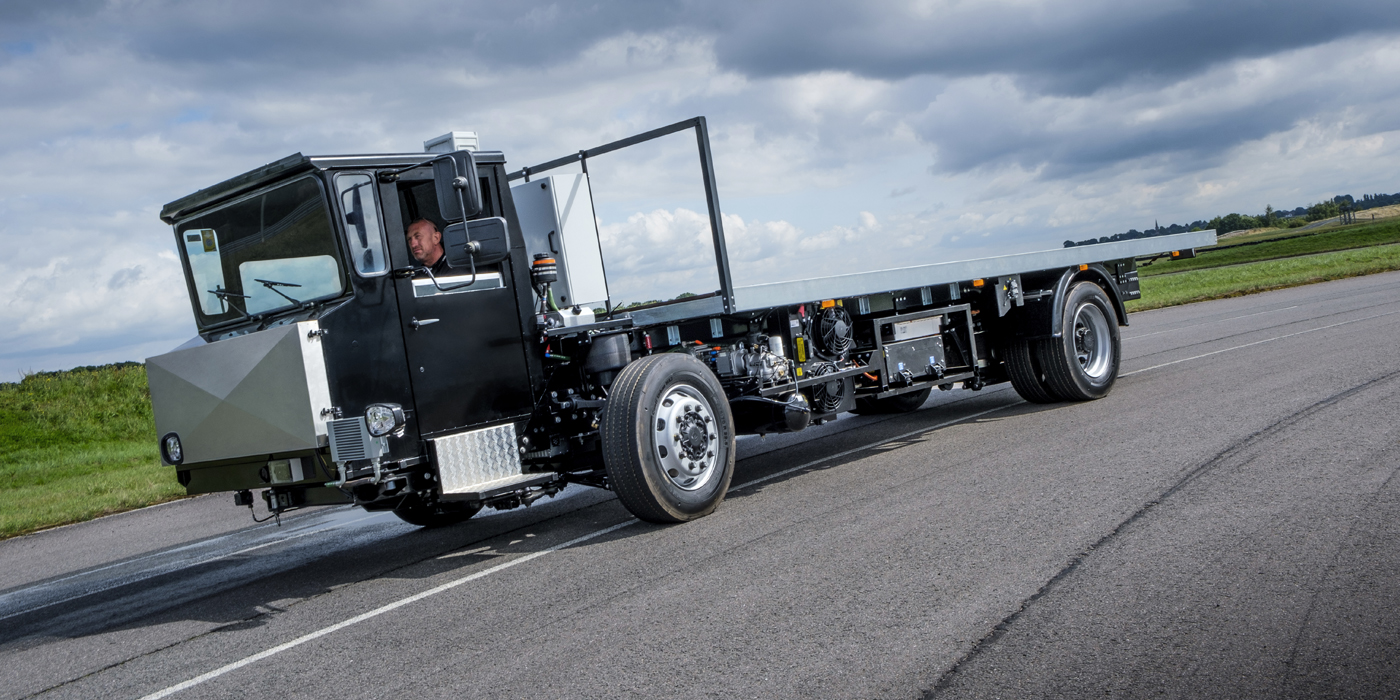 The prototype vehicle will test all the electro-mechanical and thermal properties of the truck.

Affectionately named ‘Volta Minus One’ by development engineers, as the forerunner to the production-specification Volta Zero, the prototype vehicle uses the proposed production specification chassis frame and drivetrain of the finished vehicle and will test all the electro-mechanical and thermal properties of the truck. This includes the high-voltage battery supplied by Proterra, and the compact rear axle, electric motor and transmission eAxle unit from Meritor. Volta says the bodywork of the prototype is purely designed to protect the development driver from the elements when the vehicle is moving at speed. The production vehicle will feature a cargo box design, but the prototype uses a flatbed to allow engineers to add different levels and locations of loads to test its weight-carrying capacity.

The prototype Volta Zero will continue testing at Horiba Mira over the coming months. The forthcoming test and development program with this and later-specification prototypes also includes periods of cold weather testing north of the Arctic Circle, and hot weather testing in Southern Europe.

These learnings will be taken into the production of pilot fleet vehicles that will be tested and evaluated by key customers who have signed up for both testing and the option to purchase series-production trucks, the company says. This is designed to develop their understanding of how the Volta Zero will integrate into their operations. Full-scale production of customer-specification vehicles will then follow at the end of 2022.