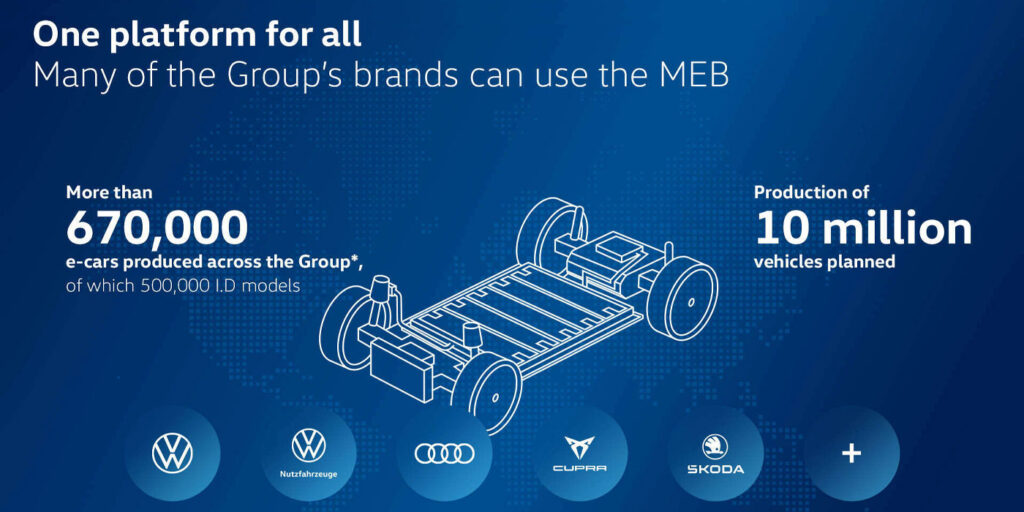 Volkswagen is enhancing its Modular Electric Drive System (MEB), which made its premiere at the end of 2019 with the ID.3, with the announcement of “MEB+”.

In the coming years, Volkswagen says MEB will become MEB+. The company says with MEB+, significant leaps will be possible in automated driving functions and MEB+ will use Volkswagen’s new generation of batteries – the so-called “unit cell” – and enable ranges of up to 700 km (approx. 435 miles). The MEB+ will also significantly improve charging times, the company says, with charging speeds of 175–200 kW possible in the future.

In addition, the MEB-based model range will be significantly expanded, with 10 new Volkswagen e-models to be launched by 2026, including an entry-level model for around €25,000 (approx. $26,563). New cars are also being planned in the performance and premium segments.

So far, the Volkswagen brand alone has delivered more than 500,000 cars in the ID. family on the MEB e-platform, and more than 670,000 vehicles have been delivered across the Group.