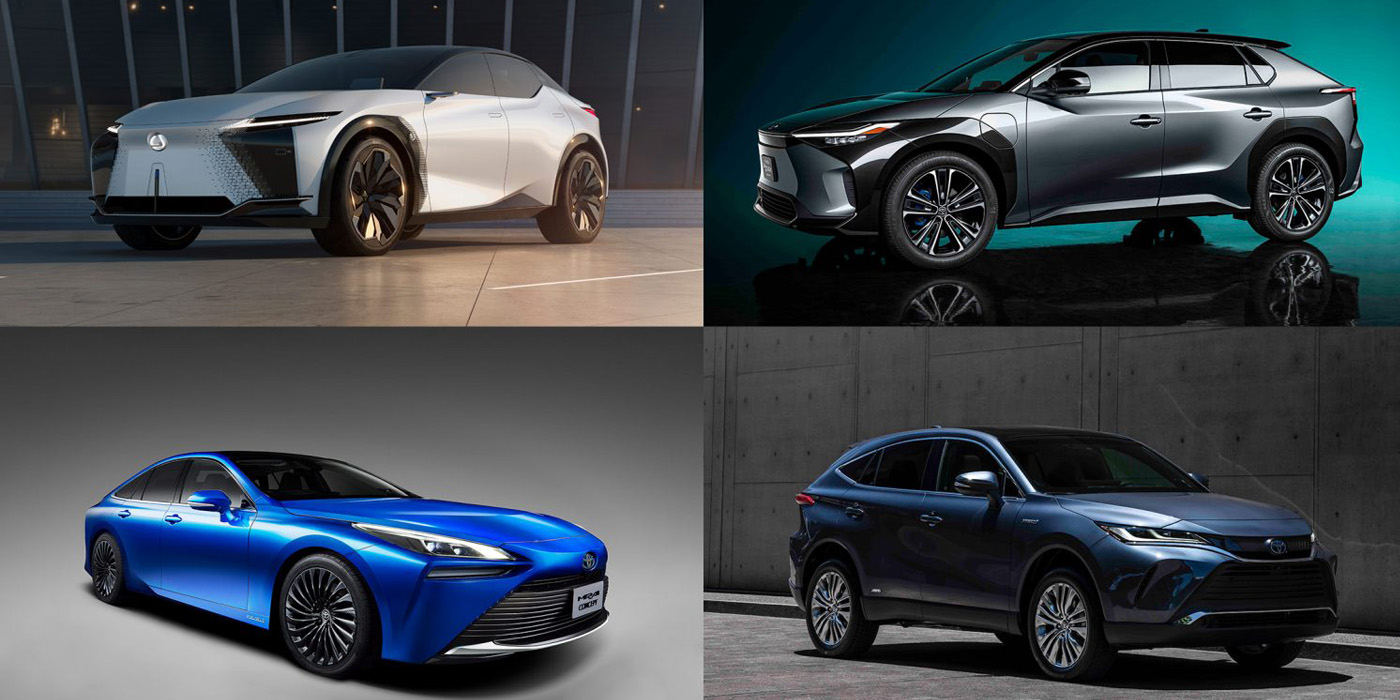 There are currently 17 electrified vehicles in the company’s U.S. lineup, including HEVs, PHEVs and FCEVs.

Toyota says it expects BEVs and FCEVs will make up 15% of its U.S. sales by 2030, and along with the company’s hybrids (HEV) and plug-in hybrids (PHEV), 70% of the Toyota and Lexus combined sales mix will be electrified by 2030.

On a global basis, Toyota expects to sell approximately 8 million electrified vehicles by 2030, of which 2 million will be BEVs and FCEVs.

Earlier this year, Lexus unveiled the LF-Z, a conceptual look at the future of BEVs in the luxury segment. That was followed by the debut of the Toyota bZ4X concept, a battery electric SUV that will go into production in 2022.

There are currently 17 electrified vehicles in the company’s U.S. lineup, including HEVs, PHEVs and FCEVs.

Advertisement
In this article:Carbon Neutrality, Toyota