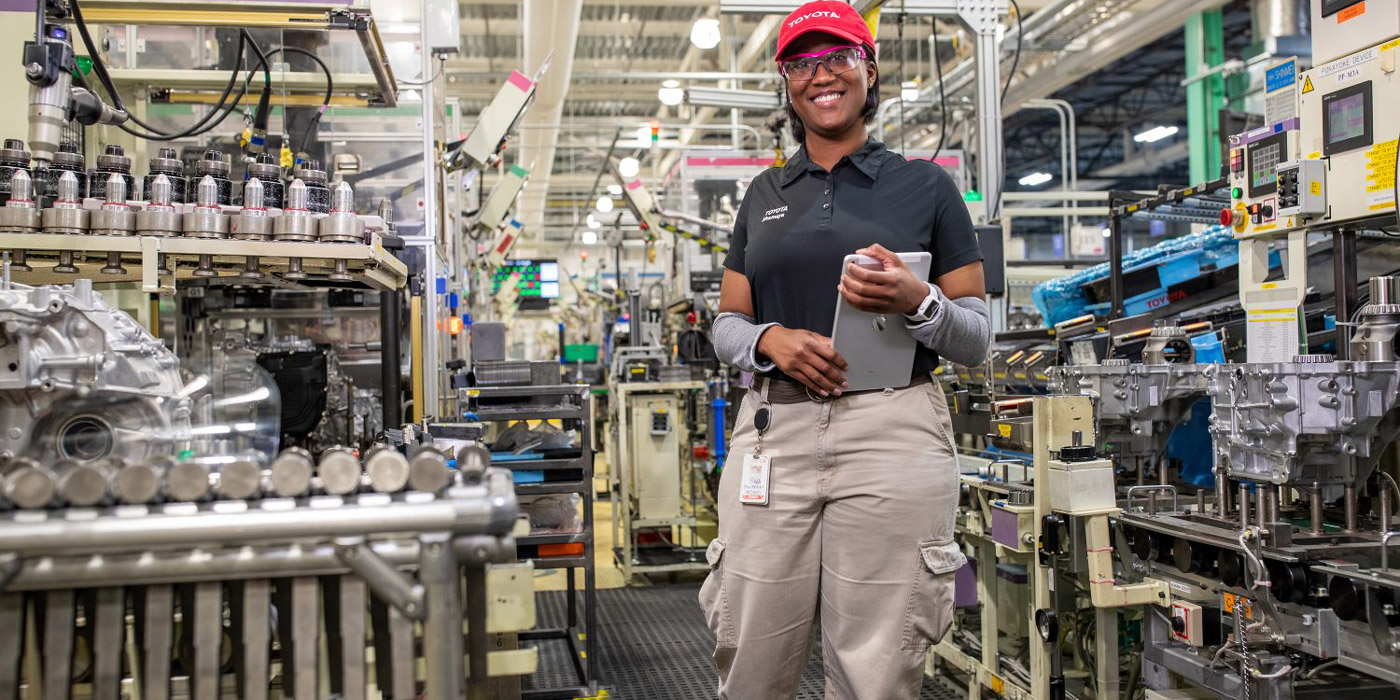 To help meet demand in the vehicle electrification market, Toyota announced an additional $90 million investment for two of its U.S. manufacturing facilities:

This investment comes on the heels of the $240 million investment announced in November and will increase hybrid transaxle production capacity to 600,000 units per year. With this funding, TMMWV will also begin assembling an estimated 120,000 rear motor stators per year, a key component in electric motors. Currently, a team of more than 2,000 build approximately one million engines and transmissions annually for many of Toyota’s North American-assembled vehicles. With today’s announcement, Toyota has invested more than $2 billion in its West Virginia plant.

The Tennessee investment increases the plant’s capacity to cast hybrid transaxle cases and housings to 1.3 million per year. The nearly 400 employees at TMMTN currently produce a million transmission cases and housings and approximately 1.8 million engine blocks a year, parts needed for every Toyota and Lexus vehicle manufactured in North America. The added investment to the plant brings the to-date total investment to $389 million.

“Toyota is moving quickly toward an electrified future, and West Virginia will play a critical role in that journey,” said David Rosier, president of TMMWV. “Our team embraces this challenge, and it’s clear Toyota has faith in our ability and trusts us to take the company to new heights.”

Toyota says it has committed to offering an electrified option across its entire lineup of both Toyota and Lexus vehicles by 2025. Advancing the production of electrified vehicles and their components, including hybrid transaxles, plays an important part in helping Toyota achieve its goals for carbon neutrality.

“Toyota Tennessee is proud to play an important role in our company’s mission to provide customers with safer, reliable, electrified vehicles that advance a carbon-neutral future,” said Wes Woods, president of TMMTN. “Our highly skilled team is excited to expand production of the hybrid transaxle cases and housings.”

What is A Hybrid Transaxle?

Hybrid electric vehicle systems combine two separate sources of propulsion or motive power, such as an internal combustion engine and an electric motor, to take advantage of their respective benefits while also compensating for their respective limitations. While hybrid systems are more complex than a conventional vehicle and add vehicle mass due to the addition of components, the same system allows the vehicle to be more energy efficient as the hybrid transaxle can effectively transfer power seamlessly between the engine, electric motor and wheels in any number of combinations.

What is a Rear Motor Stator?

In an electric motor, the stator is a set of copper wire coils assembled to a stack of steel plates. The stator provides a magnetic field that drives the rotating arm and helps power the vehicle.