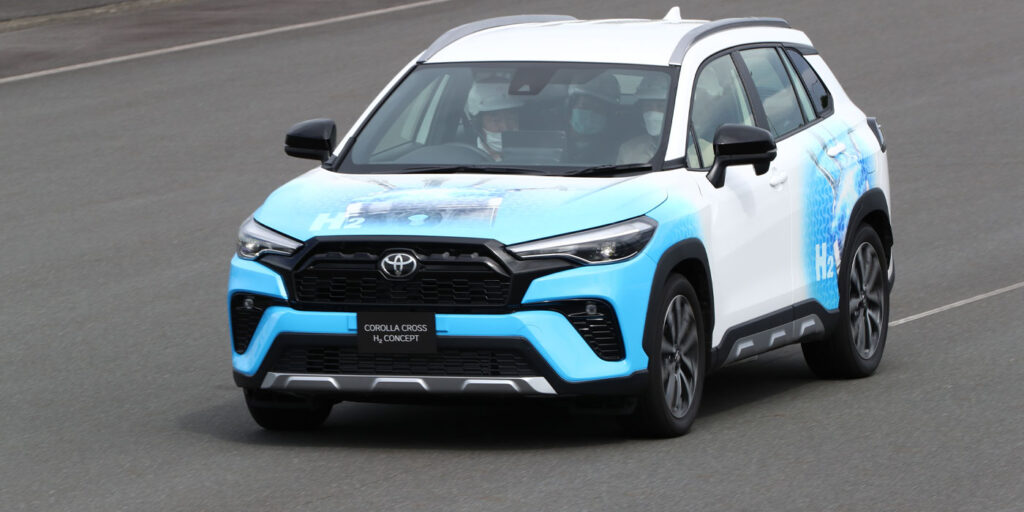 By equipping the 1.6l 3-cylinder turbo engine from the GR Corolla with high-pressure hydrogen direct injection engine technology from motorsports activity, and adding the hydrogen tank packaging know-how from Mirai, Toyota was able to create a Corolla Cross H2 hydrogen prototype that can transport five passengers and their luggage. Real-world evaluation is currently being carried out alongside ongoing digital development, with the vehicle soon to begin winter testing in northern Japan.

Today, Toyota is around 40% along the path to commercialization of products such as the Corolla Cross H2 Concept. It is not yet possible to say if the technology will reach maturity for road cars, but Toyota says there is, without a doubt, a clear opportunity in motorsports.

In 2022, Toyota, through the Rookie Racing team, participated in all Super Taikyu endurance races in Japan with a hydrogen combustion GR Corolla H2. Outside Japan, in August 2022, a Toyota hydrogen-engine vehicle drove on European public roads for the first time when the GR Yaris H2 was put through its paces in a demonstration run at the WRC in Ypres, Belgium. Over the course of one Super Taikyu season, Toyota says it was able to increase hydrogen combustion power by 24% and torque by 33%, achieving performance on par with a conventional petrol engine. Furthermore, range has been extended by around 30% and refueling time reduced from approximately five minutes to one and a half minutes.