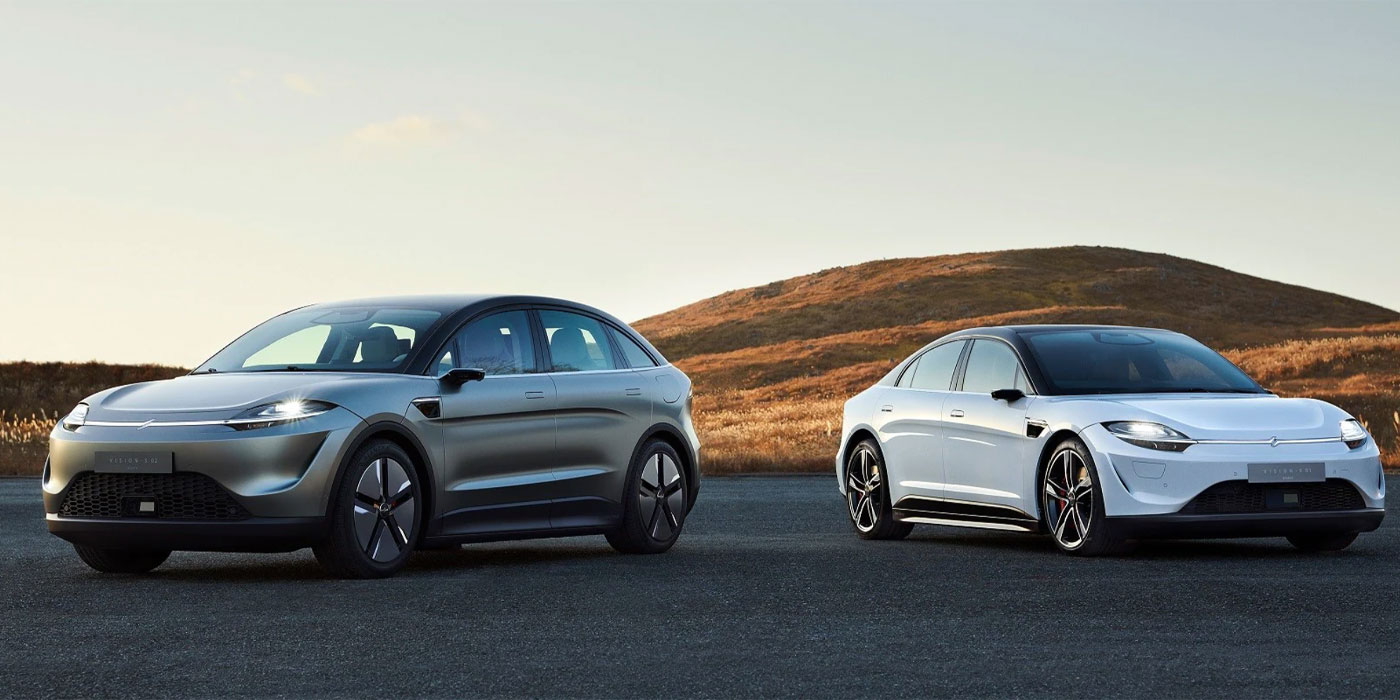 Sony exhibited an SUV-type prototype vehicle, the Vision-S 02, at CES 2022. This vehicle uses the same EV/cloud platform as the prototype Vision-S 01, which is being tested on public roads. In order to further accelerate and make new proposals that further evolve the mobility experience, Sony will establish an operating company “Sony Mobility Inc.” in the spring of 2022, through which the company intends to explore entry into the EV market.

Sony says Time-of-Flight (ToF) sensors are used to provide monitoring functions for driver authentication and to watch over passengers. They also support intuitive gesture and voice commands that are intended to enhance usability of the car interface. Additionally, the vehicle will include a new function that allows users to customize the display theme and the acceleration and deceleration sounds of the vehicle.

Sony says it has conducted driving experiments connecting Japan and Germany with 5G, and is working with its partners to achieve low-latency transmission (video and control signals) and communication control (monitoring and prediction) using the telematics system installed in Vision-S 01 to position remote operation as an important technology in the Vision-S 02.

The company adds PlayStation games can be played through a remote connection to a console at home, in addition to the ability to play streaming games through the cloud.

The company says the system supports safe driving by recognizing and analyzing the surrounding environment in real-time, with sensors installed 360 degrees around the vehicle. These sensors include high-sensitivity, high-resolution, wide dynamic range CMOS image sensors and LiDAR sensors that accurately sense three-dimensional space. In addition, the system provides intuitive driver interaction in conjunction with the vehicle’s sound system and HMI system, so that the driver can accurately judge the status of the surrounding environment, such as the presence of emergency vehicles, even from inside the vehicle.

Advertisement
In this article:CUVs & SUVs, Sony

Used EV interest in the U.S. surging for the first time