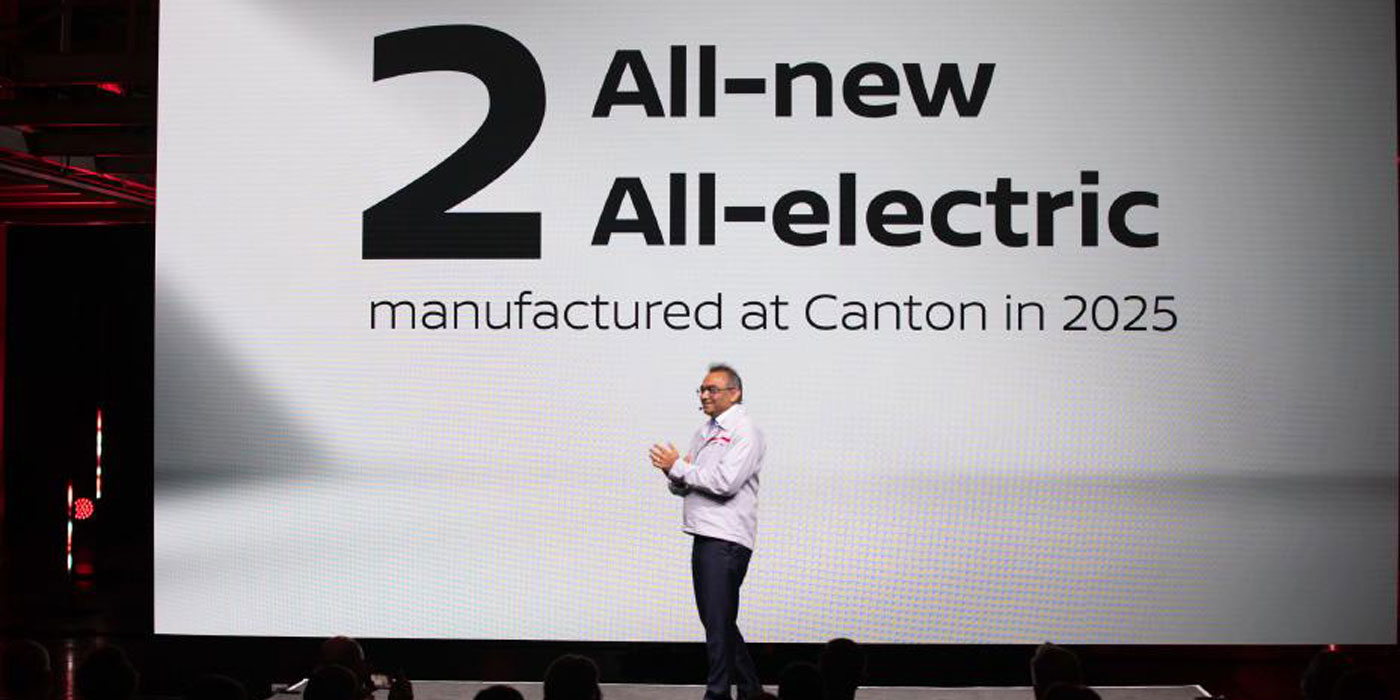 Nissan recently shared details on how its Canton, Mississippi, vehicle assembly plant will become a center for U.S. EV production. The company says it is transforming Nissan Canton with the latest in EV manufacturing technology to support the production of two new all-electric vehicles.

The investment for EV production will total $500 million, preserving and upskilling nearly 2,000 jobs, with production expected to begin in 2025, the company says.

Nissan says the announcement supports “Nissan Ambition 2030,” calling for 23 electrified models for the Nissan and Infiniti brands globally, including 15 all-electric vehicles, by 2030.

Nissan has set the goal to achieve carbon neutrality across the company’s global operations and the lifecycle of its products by 2050. As part of this effort, Nissan is targeting 40% of its U.S. vehicle sales volume to be fully electric by 2030, with even more to be electrified.

With this announcement, Nissan now has invested $4 billion in the Canton facility. The company has invested more than $13 billion in its U.S. manufacturing operations collectively.

Advertisement
In this article:Infiniti, Nissan