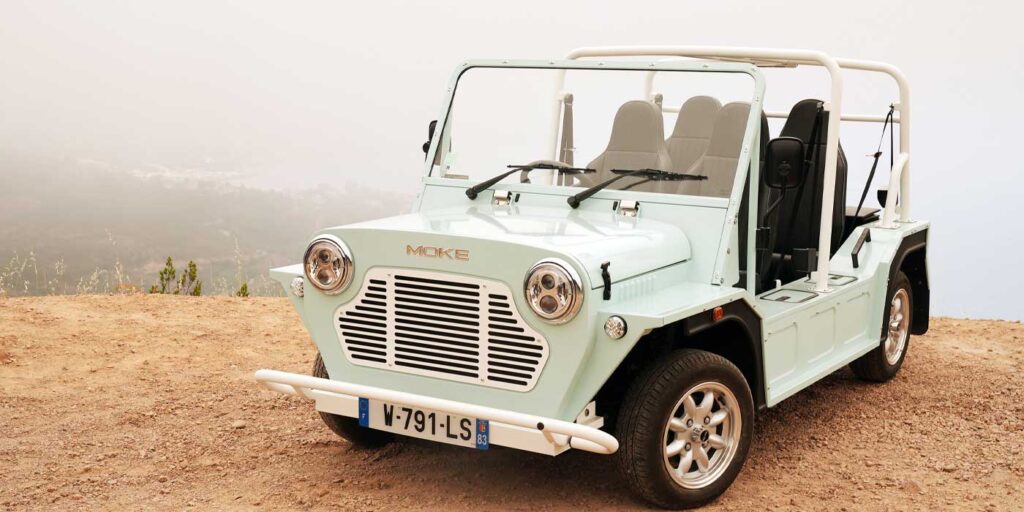 Fully charged, the Electric Moke Californian offers a range of 80 miles – enough to cruise Route 101 down to Malibu Beach from Santa Barbara. A full charge takes four hours on a U.S. Type 1 charger.

Built in the UK at a facility operated by Fablink Group in Northamptonshire, the new Electric Moke uses a 44 HP electric motor, the rear-wheel-drive Electric Moke Californian covers 0-34 MPH in 4.3 seconds and has a top speed of 50 MPH. A full charge takes four hours via a Type 1 port.

Further details on when the Californian will go on sale in the U.S. and pricing are not yet released.