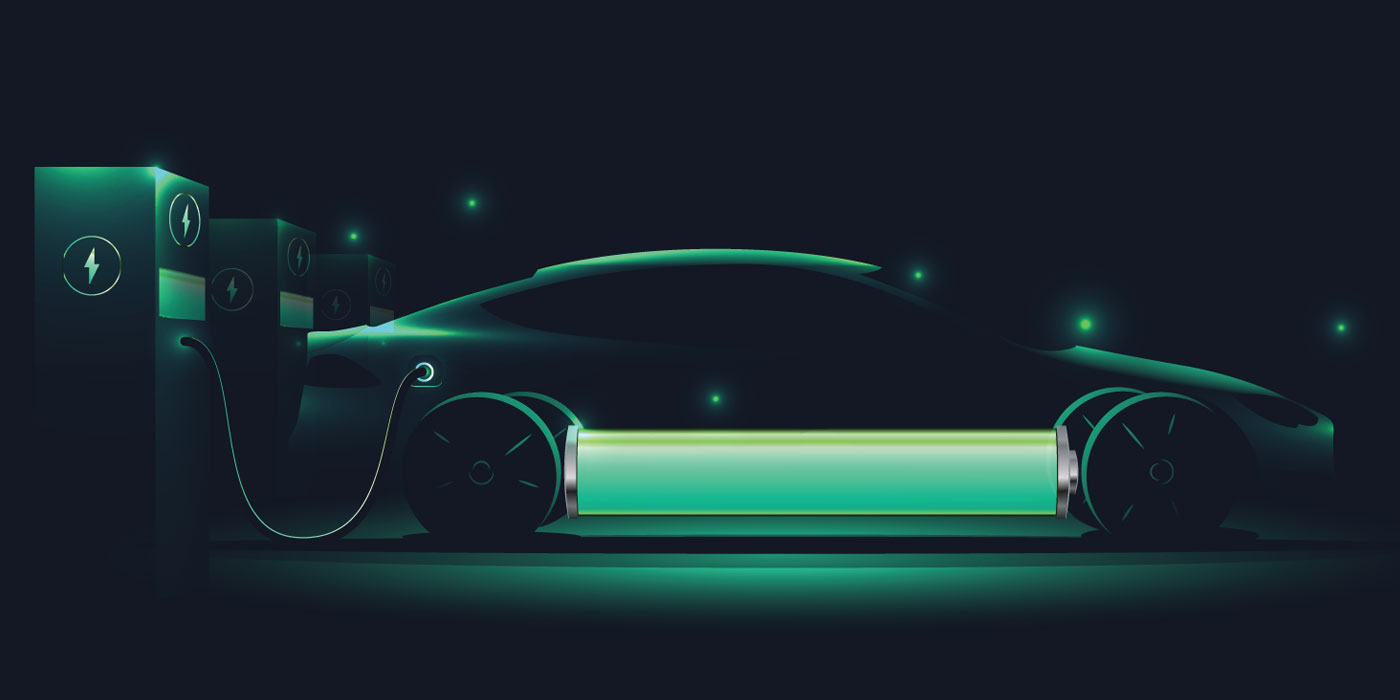 IDTechEx walks through some of the most high-profile EV stories this year and how they are influencing the future of electromobility.

In this article, IDTechEx analysts take a look back at the key events and trends from the future mobility world over the past year – and what to look out for in 2022.

If there is one thing you have heard about electric vehicles this year, it has probably been about Tesla reaching tech-giant status. In November 2021, Tesla surpassed a $1 trillion market cap, driven by a slightly confused order from Hertz for 100,000 full-price Tesla electric cars (contracts were apparently unsigned while deliveries began).

More generally, Tesla’s stock is high because investors are betting on the company’s potential. Despite its huge achievements, Tesla is still only at the beginning of its S-curve. Today, Tesla is hitting sales targets (approaching 1 million car sales in 2021) and demonstrating it can turn a consistent profit. Tomorrow, its new giga-factories will help it reach its goal to sell 20 million cars annually by 2030 (more than a fifth of global car sales today).

Assuming an average of $30k per Tesla car, reaching even a quarter of this goal equals revenues of $150 billion. This is without considering its growing energy business or the potential of future technologies, such as autonomy. While Tesla is also working on electric trucks, IDTechEx expects passenger cars to remain the most profitable electric vehicle market now and in the future, and the main driver for Tesla’s growth.

Tesla’s successes are paving the way for others. Rivian, backed by Ford and Amazon, became public early in November 2021 to the tune of $93 billion. Hundred-year-old Ford’s stock has been rallying itself this year, but its market cap still sits below Rivian’s at $77.7 billion.

Rivian’s traditional IPO rode against the SPAC trend opted for by numerous others (SPACS can be viewed as easier with less valuation risk than a traditional IPO). SPAC IPOs have been across the board in terms of company type, and this is no exception within the electric vehicle industry: from charging infrastructure companies (Tritium) to vehicle makers (Lucid Motors, Nikola) to electric sky taxis (Lilium). The results have been mixed – both disastrous (Nikola) and successful.

What is clear is there has and will continue to be plenty of drama around electric vehicle start-ups moving into 2022 as they continue to generate massive interest and hype, ill-founded or not, and make and break fortunes.

Hydrogen fuel cells have low prospects in cars due to high cost, expensive hydrogen refueling infrastructure, high hydrogen fuel prices and questionable emissions reductions if green hydrogen is not used. However, the range and refueling advantage for fuel cell electric vehicles means that heavy-duty applications, such as long-haul trucking or high-mileage bus operations, have long offered a potential use for the technology, and progress has been building in 2021.

As the Tesla Semi is increasingly delayed to prioritize batteries for more profitable electric cars, in September 2021 Hyundai announced it would develop fuel cell variants for all its commercial vehicles by 2028. Hyundai is currently conducting commercial trials in Switzerland with a fleet of 46 FCEV trucks, with plans to increase this to 1,600 trucks by 2025. They have also announced upcoming FCEV truck projects in the U.S. and orders for 4,000 FCEV trucks in China.

Furthermore, there is also uptake for FCEVs in the bus market, with more than 150 fuel cell buses operating in Europe, 65 in the U.S., and more than 3,000 in China. A growing order book for FCEV buses suggests demand is increasing, at least to a pilot-scale level of testing.

In the past, the Norwegian government outright banned misleading “self-charging” HEV ads and the UK reduced, then removed, incentives for PHEVs because drivers weren’t plugging them in (behavior not just isolated to the UK).

At their best, hybrids are a short-term transitional step toward zero-emission powertrains, IDTechEx says. An old narrative, but one now in full swing. Recent surges have been underpinned by Europe as automakers avoided fines set by the EU’s 95g CO2 per km target.

But, the Death Star always gets blown up. And, sales surges of hybrids will be short-lived. Battery electric vehicles are the easiest way to meet emissions targets and are in high demand, so they will increasingly be prioritized. Over the summer, the head of development at Daimler Markus Schäfer was quoted saying “No further new [PHEV] developments are planned.”

Policymakers are also catching up with hybrids’ limitations, and it is being reflected in upcoming policy. Moreover, fossil fuel bans coming in between 2030-2040 tend to imply or explicitly include hybrid bans, although they are typically far out and deliberately unclear. Chile and Greece were the latest countries to join the club this year.

An emerging motor technology which has gathered momentum this year has been axial flux motors, so named because the magnetic flux is parallel to the axis of rotation (compared to perpendicular in radial flux machines).

While almost the entire electric vehicle market is using a form of radial flux motor, axial flux motors present several benefits. These include increased power and torque density and a pancake form factor ideal for integration in various scenarios, from cars to aircraft.

The technology reached milestones in 2021. YASA struck the first major axial-flux motor deal to supply Ferrari in late 2019, and it was acquired by Daimler in July 2021 for use in the upcoming AMG electric platform. In July 2021, Renault also partnered with WHYLOT to use axial flux motors in its hybrids starting in 2025. Other companies, such as Magnax, have yet to establish major supply deals.

The axial flux market in automotive EVs is very small today, but IDTechEx expects a huge increase in demand over the next 10 years, with first applications in high-performance vehicles and certain hybrid applications.

As the power density of electric vehicle inverters has been increasing exponentially over the past decade, new double-sided cooling designs, copper wirebonds, and lead frames have emerged.

Perhaps most critically, as junction temperature requirements have approached 175-200 degrees, the limits of conventional solders have made way for novel die-attach materials.

While nano silver sinter pastes are on the market (e.g. Alpha’s Argomax), higher-performing copper sintered materials are still around the corner, with companies such as Hitachi, Showa Denko, and Mitsui demonstrating the technology and/or in the final qualification stages for the automotive industry.

Thermal management for EVs continued to be a hot topic in 2021. The continued arc of Chevrolet’s Bolt recall seems to have come to an end with an approximate cost of $1.9 billion, thanks to manufacturing defects in the cells supplied by LGChem. While this story may be concluding, Li-ion batteries always present a non-zero risk of thermal runaway. This means there is a requirement to keep cells at their optimal operating temperature, but also to provide fire protection materials in case of thermal runaway.

A critical trend that will impact material suppliers in this space is the adoption of cell-to-pack technology. BYD has its Blade battery on the road and we have now seen announcements from many automakers including Tesla, VW, and Stellantis with plans to adopt cell-to-pack technology in the coming years. Cell-to-pack removes the modules and stacks all of the cells together into one large pack. This improves energy density, manufacturing complexity, and costs. However, it creates challenges around fire protection and transforms the thermal material requirements compared to a traditional modular battery pack.

In a typical modular battery pack, the cells sit in a module with a thermal interface material (TIM), normally in the form of a dispensible gap filler. Another TIM is then used to make contact between the module and the cooling plate. In cell-to-pack, the cells can be directly connected to the cold plate. This reduces the number of thermal interfaces and hence a lower thermal conductivity TIM can be used. However, there is now a need for increased adhesion strength. The transition from modular batteries to cell-to-pack is also a transition from thermal gap fillers toward thermally conductive adhesives.

When it comes to fire protection, in a modular system, the modules can be insulated and protected. With cell-to-pack, it becomes more challenging to limit thermal runaway propagation across the battery. This presents more opportunities for propagation-prevention materials between cells and for greater protection levels for the pack enclosure, inside and out. With little enforced regulation that is specific to thermal runaway, there remains a variety of suitable solutions such as powder coatings, intumescent coatings, ceramic materials, and aerogels.