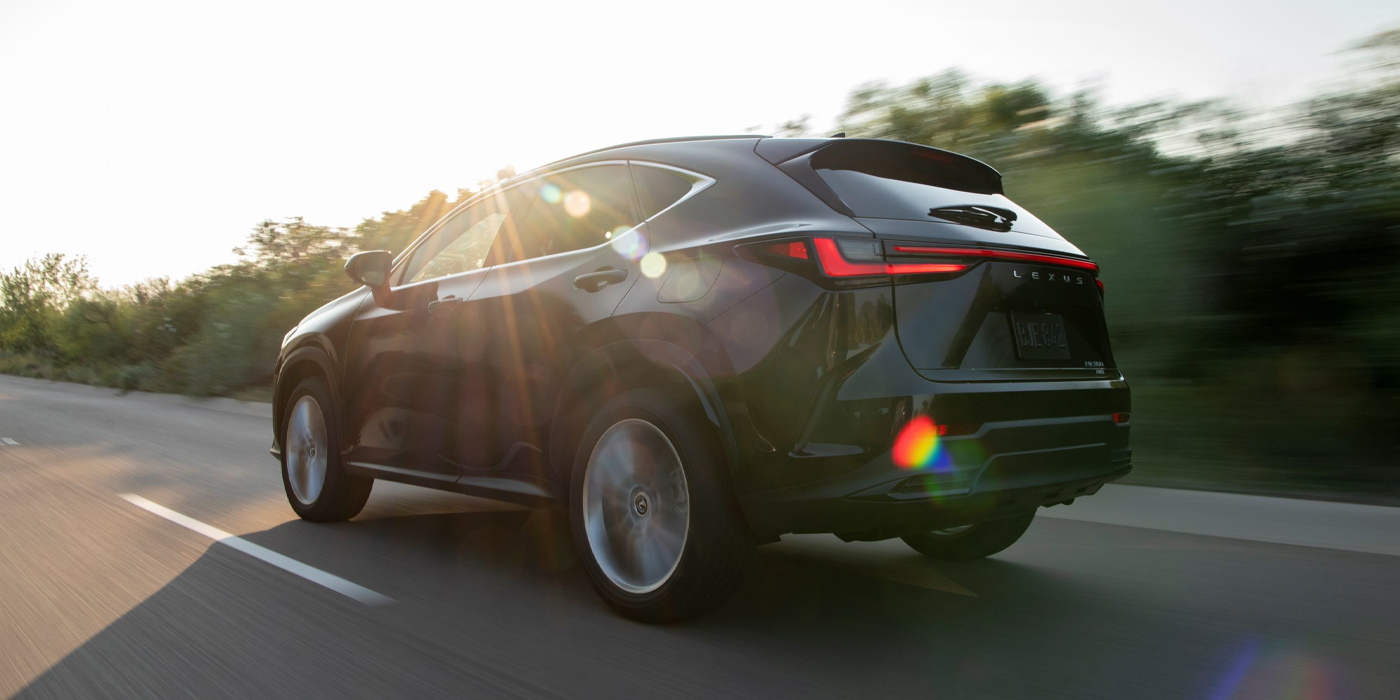 The SUV has an EPA-estimated 36-mile range on electric power only, made possible by a newly developed, lithium-ion battery.

Lexus announced it would release its first plug-in hybrid electric vehicle (PHEV), the NX 450h+, adding the 2022 Lexus NX family is “setting the stage for the next chapter of the Lexus brand.” For the second generation NX, Lexus has two electrified options: a 2.5-liter hybrid powertrain on NX 350h and the first plug-in hybrid electric Lexus model, the first NX 450h+.

The NX 450h+ has an EPA-estimated 36-mile range on electric power only, made possible by a newly developed, lithium-ion battery. The system achieves the EV output equivalent to a 2.0-liter engine for an EPA-estimated combined 84 MPGe. When combined with the newly developed hybrid transaxle, a 2.5-liter inline 4-cylinder engine delivers on the performance luxury guests are seeking with an estimated 6.0 second 0-60 time, the company says

Lexus says a high-output, high-efficiency system designed to reduce power loss when converting from AC power to DC power results in faster charging times. Using the maximum charging current of 240V, the Lexus NX plug-in hybrid electric can be fully charged in approximately 2.5 hours when equipped with the optional 6.6 kW expedited onboard charger. With the standard 3.3 kW onboard charger, charge time goes up slightly to approximately 4.5 hours, the company says.

Lexus says the lower center of gravity and enhancements in vehicle dynamics combine for the increased performance of the 2.4L turbo on the NX 350. The new eight-speed transmission supports the luxury crossover’s 275 HP and 317 lb. ft. of torque. Combined, the NX is propelled a 0-60 time of 6.6 seconds, over a half-second quicker than the earlier model, with an EPA-estimated 25 MPG combined.

Additionally, the first-ever NX 250 features a 2.5-liter 4-cylinder engine with start/stop functionality mated with an eight-speed transmission. This setup, available in both FWD and AWD options, has an EPA-estimated 28 combined MPG. The powerplant produces 203 HP and 184 lb. ft. of torque., resulting in 0-60 times of 8.2 seconds (FWD) and 8.6 seconds (AWD), while having an EPA-estimated 28 combined MPG.

The Lexus Hybrid Drive system on the new Lexus NX 350h pairs the D4-S fuel injection 2.5-liter, 4-cylinder gasoline engine with two high-torque electric drive motor-generators for strong acceleration and passing performance. Instead of transfer gears and a driveshaft to the rear wheels, the AWD system employs a second, independent electric motor to drive the rear wheels when it detects it is needed to help support traction.

The company says drivers will also notice the quicker 0-60 time of 7.2 seconds, a full 1.5 seconds quicker than the previous generation hybrid. The updated hybrid powertrain produces 239 combined system horsepower, while sipping its way to a 0-60 time of 7.2 seconds, 1.5 seconds faster than the prior generation with an impressive combined EPA-estimated 39 mpg.

Advertisement
In this article:Hybrids, Lexus