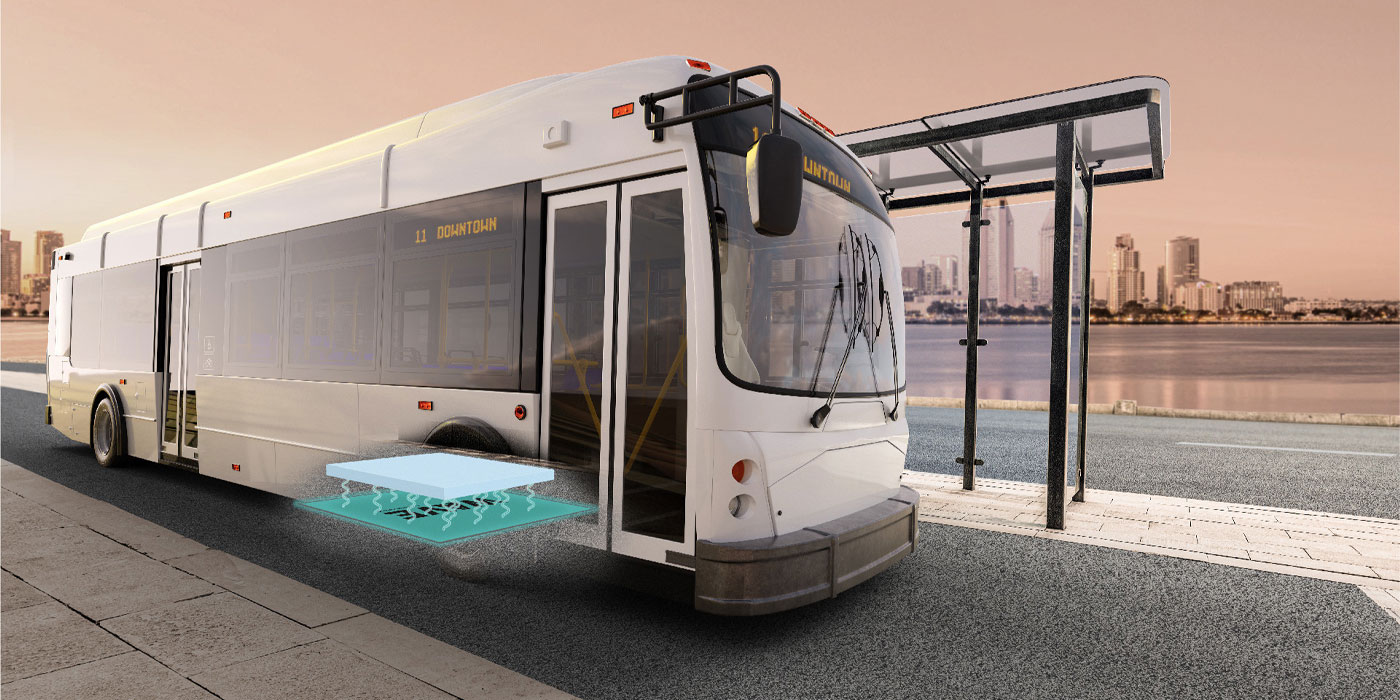 Ideanomics has announced an agreement with ABC Companies, a provider of motorcoach, transit and specialty passenger transport equipment in the U.S. and Canada, allowing ABC Companies to become a certified reseller of Wave‘s wireless inductive charging technology in North America. The resale partnership expands Wave’s distribution across North America and into private charter fleets. Wave is a subsidiary of Ideanomics.

This collaboration builds on the successful deployment of the Wave charging system to select ABC customers, the companies say. Wave systems range from 125kW to 500kW, and there is a 1MW charger in development.

At the heart of Wave’s wireless charging solution is a proprietary ruggedized and fully automated charging pad. High power is delivered over the air from the roadway-embedded charging pads to receivers mounted on a vehicle’s undercarriage. Charging begins as soon as the vehicle aligns on top of the in-ground pad.