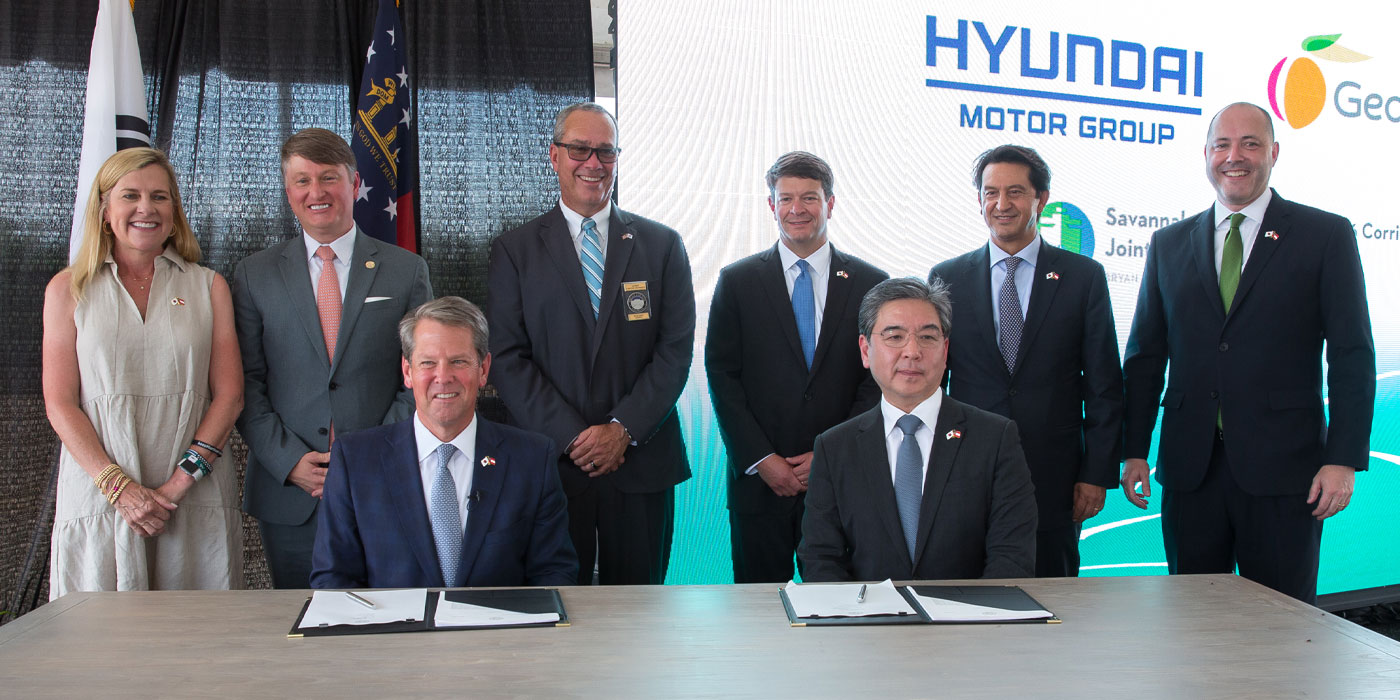 Hyundai Motor Group has entered into an agreement with the State of Georgia to build its first dedicated full electric vehicle and battery manufacturing facilities in the U.S.

The group’s U.S. investment decision will support its goal of becoming a leader in electric mobility in the U.S. market, the company says. It also highlights the group’s commitment to sustainability through electrification and to supporting the economies where it operates.

The new EV plant and battery manufacturing facilities represent an investment of approximately USD 5.54 billion. The new facility will break ground in early 2023 and is expected to begin commercial production in the first half of 2025 with an annual capacity of 300,000 units, the company says. The battery manufacturing facility will be established through a strategic partnership.

The group plans to produce a range of full-electric vehicles for U.S. customers at the new Georgia EV plant. Details of production models will be shared at later dates. The local EV production will increase U.S. consumer accessibility to the group’s innovative EVs, the company says. Through the battery manufacturing facility, the group also aims to establish a stable supply chain and build a healthy EV ecosystem in the U.S.

Hyundai Motor Group selected Georgia as the group’s EV and battery production site due to a range of favorable business conditions, including speed-to-market, workforce, as well as an existing network of the group affiliates and suppliers, the company says.

The company says the project is expected to create about 8,100 new jobs.

The EV plant investment comes as a part of the group’s 2021 announcement to invest $7.4 billion by 2025 to foster future mobility in the U.S., including production of EVs and offering smart mobility solutions, the company says.

The group says it is accelerating its electrification efforts with a global target to sell 3.23 million fully-electric vehicles annually by 2030. To realize this goal, the group says it plans to establish a global EV production network that will ensure a stable supply of EVs around the globe.

With the additional EV and battery production capabilities in the U.S., the group says they aim to become one of the top three EV providers in the U.S. by 2026.

Advertisement
In this article:Batteries, Hyundai