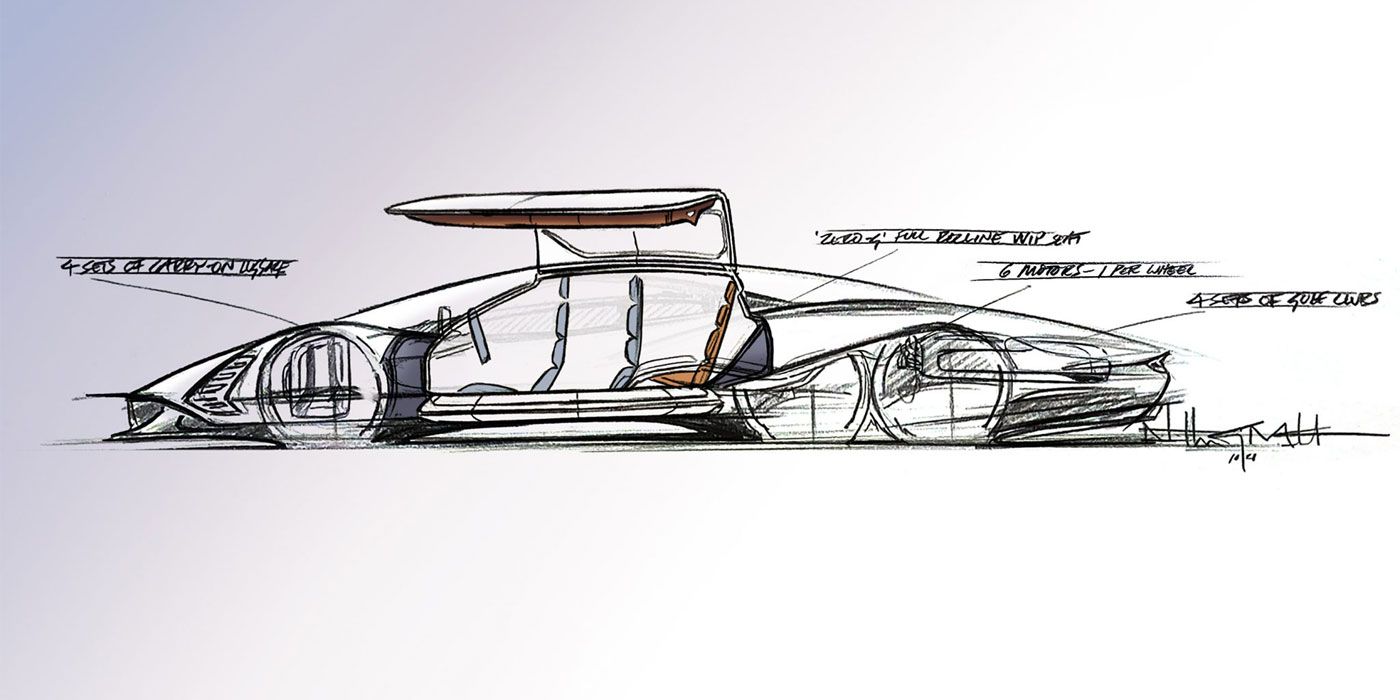 Touted as the world’s most expensive electric vehicle (from $3 million), the car will be an ultra-luxurious grand tourer, the company says.

Hennessey, a Texas-based hypercar manufacturer, has revealed what the company calls the world’s first six-wheel-drive, fully electric Hyper-GT – codenamed “Project Deep Space” – as part of its 10-year product plan that will include three all-new ground-up models created over the next decade.

Touted as the world’s most expensive electric vehicle (from $3 million), the new car will be a unique, ultra-luxurious, grand tourer, Hennessey says. The passenger cabin will feature diamond-shaped seating positions, with the driver centrally located, allowing two passengers to sit to the side and slightly back from the driver. The fourth passenger, positioned directly behind the driver, will occupy a lie-flat automotive seat. Fitted with gullwing doors, “Project Deep Space” will be constructed with an ultra-lightweight, carbon-fiber chassis and body panels, the company says.

Hennessey Special Vehicles will construct the new electric hyper-GT at its production facility in Sealy, Texas. Hennessey will work closely with technology partners including Shell Pennzoil and Delta Cosworth to develop the electrified powertrain.

Full specifications for “Project Deep Space” are yet to be announced, but Hennessey has confirmed that production will be capped at 105 units globally. Production is planned to begin in 2026.