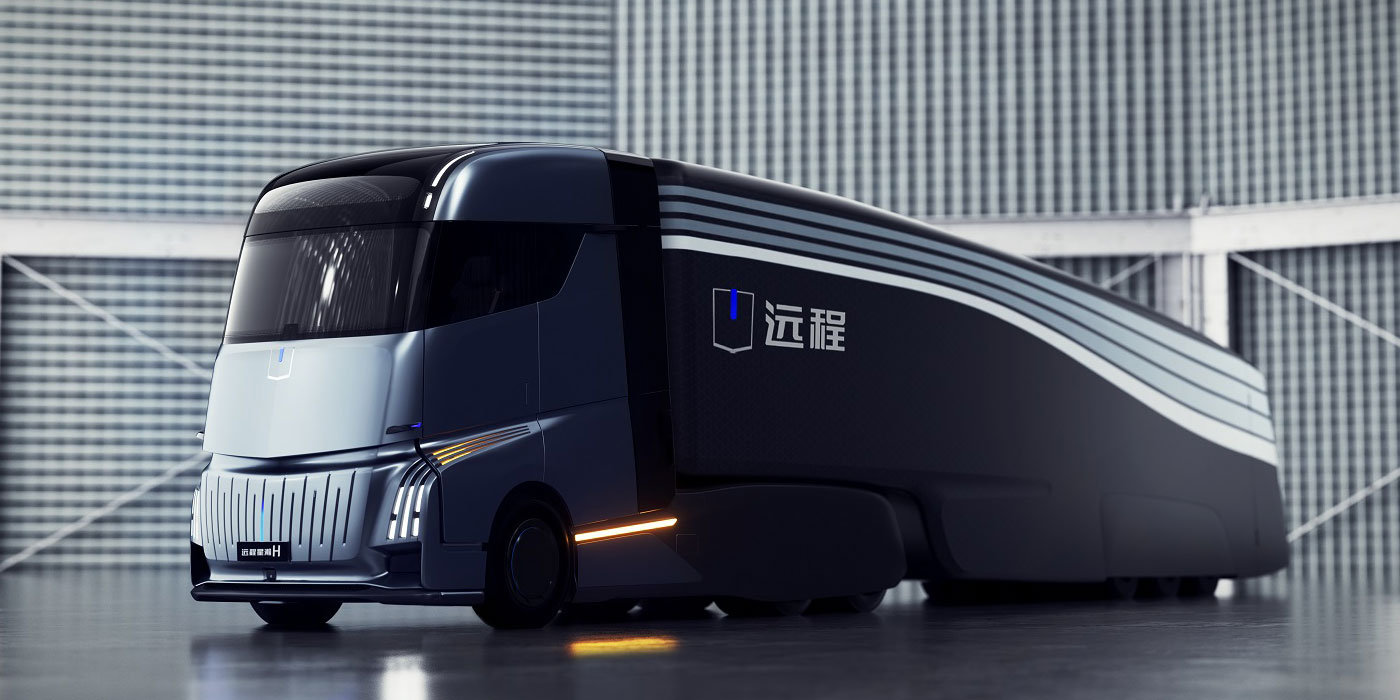 The cockpit design includes a bathroom with a shower, a bed, refrigerator, tea maker, kitchen and a washing machine.

Geely Holding Group’s commercial vehicle brand, Farizon Auto, unveiled its next-generation semi-truck, the Homtruck, with production and first deliveries planned for early 2024. The Homtruck’s architecture can carry a number of powertrain options including range extender, methanol hybrid and pure electric with battery swapping option based on government standards recently released by China’s Ministry of Industry and Technology, allowing for the Homtruck to be charged at service stations across highways in minutes, the company says.

The Homtruck is named after the original aspiration of its creators to make a semi-truck that feels like home, the company says, adding Farizon Auto’s engineers closely studied the needs of independent commercial vehicle drivers and fleet operators when developing the Homtruck’s hardware and software solutions to provide greater efficiencies throughout the network.

The cockpit design includes a bathroom complete with a shower and toilet, single bed, refrigerator, tea maker, kitchen and even a small washing machine. The ergonomic seat design and high-definition camera help ensure drivers are well-rested and well-focused, whereas an intelligent A.I. assistant coupled with full 360-degree cameras helps to keep the driver aware of any issues around the vehicle while in motion or while stationary, the company says.

Inside the Homtruck’s cabin, designers have applied natural soft-touch fabrics, sustainable plastics and bamboo grain materials to create a healthy eco-friendly environment inspired by the peaceful bamboo forests of China, the company says.

The Homtruck is capable of connecting to the logistics network’s big data platforms to help drivers obtain the most optimal orders in real-time, analyze and track deliveries and calculate operating costs along the routes. The Homtruck’s “brain” can utilize vehicle sensors to analyze traffic data in real-time and receive route recommendations, the company says. In addition, the energy management system can also manage the Homtruck’s power or fuel supply to achieve the most optimal economic performance and is able to recommend optimal refueling or recharging routes to the driver.

Within a growing number of selected routes, the Homtruck will be able to utilize L4 hands-off autonomous drive functions and will also introduce convoying features for longer journeys which allow trucks to communicate with each other to maintain safe speed and distance, the company says. Hardware sensors such as lidar, millimeter-wave radar and ultrasonic radar will be standard equipment along with 5G and V2X communication. The Homtruck will also be fully capable of being upgraded using Over the Air software upgrades, the company says.