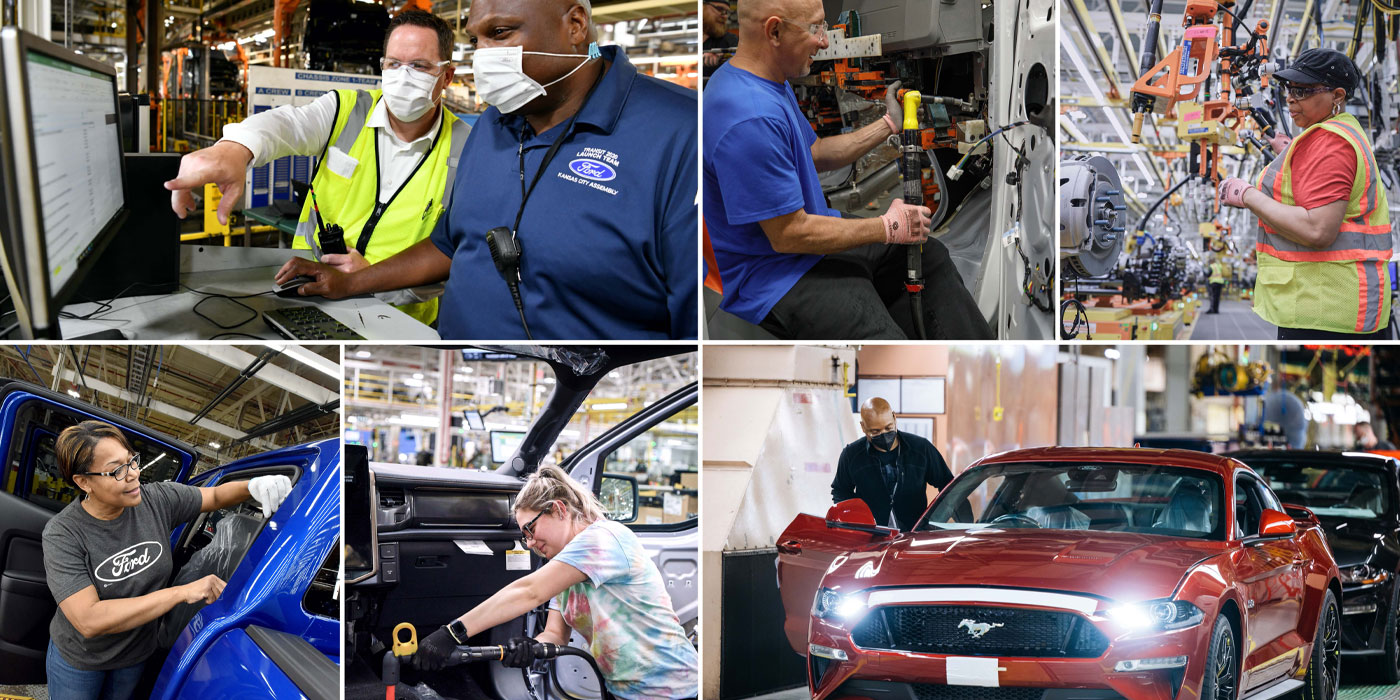 These actions are part of the company’s Ford+ growth strategy and include plans for an all-new global Mustang coupe and Ranger pickup for North America, as well as an all-new electric commercial vehicle for Ford Pro customers, the company says.

Supported by $3.7 billion of investments in manufacturing facilities across Ohio, Michigan and Missouri, the new UAW-Ford manufacturing jobs are expected to result in the creation of an estimated 74,000 additional indirect non-Ford jobs nationally, based on a 2020 study by BCG on the economic impact of F-Series production, the company says.

Ford says it plans to invest $1 billion over the next five years to continuously improve the workplace experience for manufacturing employees. As a result of discussions with the UAW, Ford is taking steps to identify and address the top wants and needs of employees. Potential enhancements include better access to healthy food, new EV chargers in plant parking lots, better lighting in parking lots and more, the company says. While improvements will differ by plant, this is the first phase of workplace changes, with more to come.

Advertisement
In this article:Ford, Pickup Truck