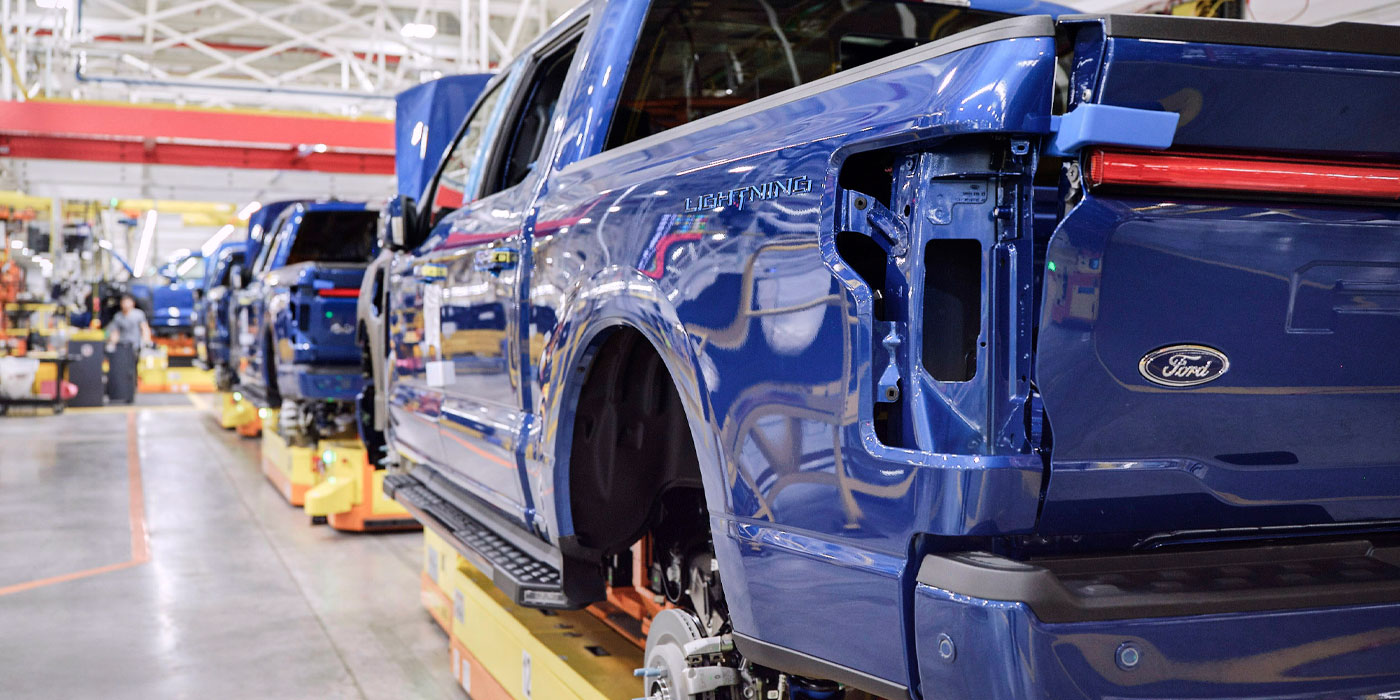 Ford says it has 200,000 reservations for the F-150 Lightning and is expanding the Rouge Electric Vehicle Center to ramp up production to a planned annual run rate of 150,000 in 2023. The company has invested a total of $950 million and created 750 jobs at the Rouge Electric Vehicle Center. Ford’s investment in Michigan for F-150 Lightning alone now totals more than $1 billion, with 1,700 recently created jobs spread among five Ford plants in the state, including Van Dyke Electric Powertrain Center, where Lightning electric motors and electric transaxles are assembled, and Rawsonville Components Plant, where Lightning batteries are assembled.

Ford says it is on track to deliver more than 2 million electric vehicles annually by 2026, equal to about one-third of the company’s global volume, on the way to 50% by 2030.

Ford announced its intention to build the Rouge Electric Vehicle Center at its historic Rouge complex 19 months ago, in September 2020. The company says it is the first Ford plant without traditional in-floor conveyor lines. It instead uses robotic Autonomous Guided Vehicles to move F-150 Lightning trucks from workstation to station in the plant.

These Autonomous Guided Vehicles create more flexibility in the plant for additional production output, quality checks and product customizations, among other benefits, Ford says. And, changes can be made quickly without the constraints of a typical line that requires the installation of floor chains, moving mats, conveyors and overhead cranes. The plant also uses cobots, or collaborative robots, that work side-by-side with people without any safety cages needed. These cobots help with tasks that would be ergonomically challenging for employees, while also keeping employees safe, Ford says.

The Rouge Electric Vehicle Center is a zero-waste-to-landfill site, meaning none of the material generated as a by-product of the manufacturing process will go to landfills. The plant was built on the former Dearborn Assembly Plant site, using materials from the prior plant in the foundation.

Ford says it is committed to achieving carbon neutrality by 2050, and to using 100% local, renewable electricity in all of its manufacturing operations by 2035.

Ford says its F-Series has been America’s best-selling truck for 45 years in a row and is second only to the iPhone in revenue among all American consumer products, according to a 2020 study.

Advertisement
In this article:Ford, Pickup Truck