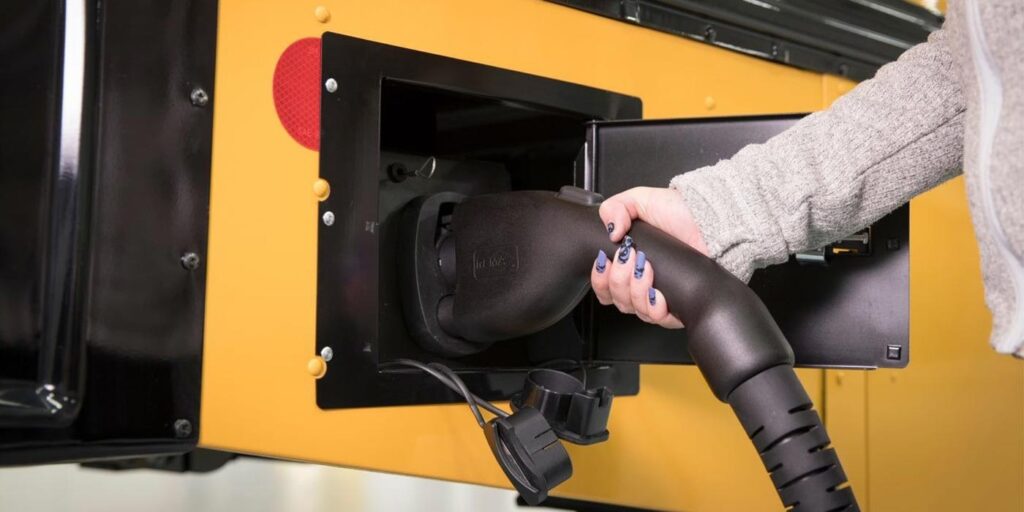 This funding decision is part of the Biden-Harris Administration announcement for the Fiscal Year 2022 recipients of the U.S. Environmental Protection Agency’s Clean School Bus Program rebate competition, awarding nearly $1 billion from the Bipartisan Infrastructure Law to 389 school districts spanning 50 states, Washington, D.C. and several Tribes and U.S. territories. The EPA says this $1 billion will help school districts purchase over 2,400 clean school buses. The EPA says it intends this decision to accelerate the transition to zero-emission vehicles and produce cleaner air in and around schools and communities.

In May, EPA announced the availability of $500 million for its Clean School Bus Program. Given overwhelming demand from school districts across the country, including low-income communities, Tribal nations, and territories, EPA nearly doubled the funding awarded to $965 million. The rebate application period closed in August with an outstanding response from school districts seeking to purchase electric and low-emission school buses across the country.

These awards are the first $1 billion of a five-year, $5 billion program created by President Biden’s Bipartisan Infrastructure Law. Through future funding rounds, EPA will make another $1 billion available for clean school buses in Fiscal Year 2023. EPA encourages school districts not selected in the first round of rebates – and those that did not apply this funding cycle – to participate in future rounds.