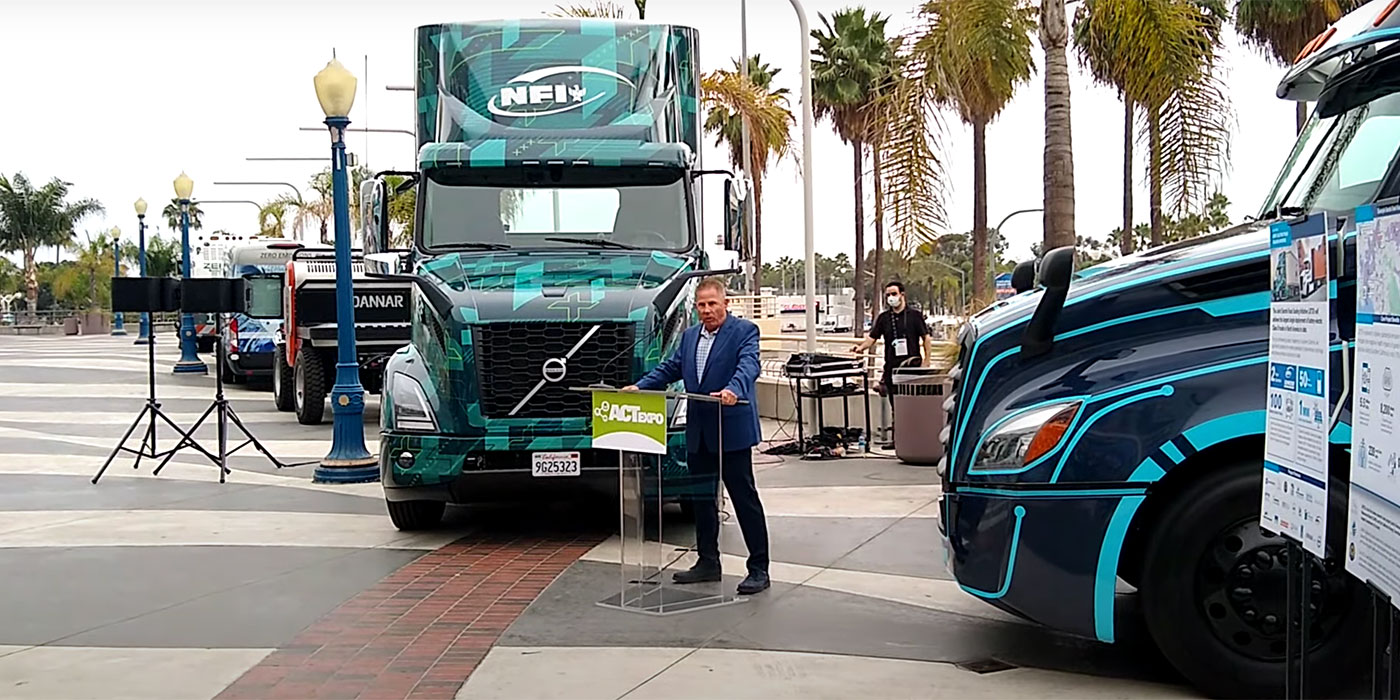 The charging infrastructure to support this fleet will be installed at NFI’s Ontario, Calif. facility and feature 150kW and 350 kW ultra-fast chargers. The chargers will serve NFI’s fleet of battery-electric freight trucks used for drayage at the Ports of Los Angeles and Long Beach, picking up containers from the ports and transporting them back to the Ontario facility. Multiple megawatts (MW) of distributed energy resources (DER) will be co-located with the charging infrastructure, including both solar photovoltaic (PV) and energy storage.

This announcement comes on the heels of Electrify America’s second “Green City” investment to advance charging electrification for public transit and heavy-duty electric vehicles in the Ports of Los Angeles and Long Beach, among other areas of the Wilmington neighborhood in the city of Los Angeles. Electrify America and NFI say their new initiative will continue efforts to address the negative impact of emissions in this predominantly disadvantaged and low-income community (64% of Long Beach and the Wilmington neighborhood of Los Angeles is classified as low-income and disadvantaged by the California Air Resources Board).