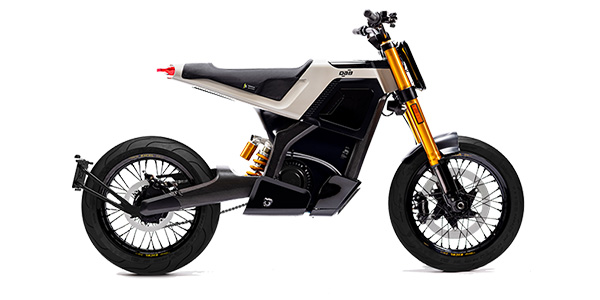 The electric setup offers a range of 68 miles on a full charge.

The Concept-E electric motorcycle, showed off by DAB Motors at this year’s Monaco Yacht Show, is now in production for 29 unique machines.

First unveiled in July 2021 as an “experimental” electric motorcycle concept, the one-off DAB Motors’ prototype is powered by a 9 kW motor connected to a 51.8V lithium-ion battery. The electric setup offers a range of 68 miles on a full charge, while the engine can reach a top speed of 65 mph. The Concept-E RS produced for consumers will be street legal for driving on public roads.

The exclusive Concept-E RS news arrives less than one year after DAB’s major rebranding and future growth predictions. The manufacturer has now confirmed its plan to develop and produce a unique electric motorcycle portfolio inspired by the Concept-E design codes.

Advertisement
In this article:DAB Motors, Motorcycles