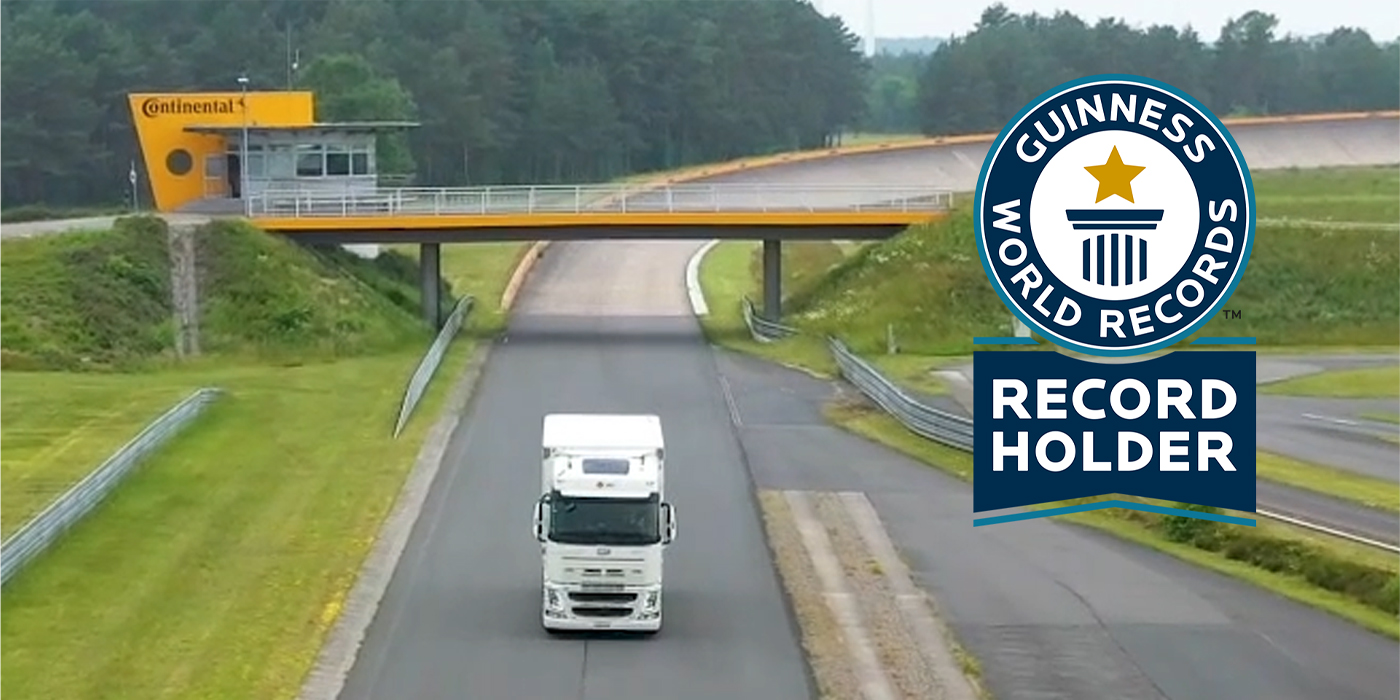 The partners declared the Guinness World Records’ title of the longest distance covered by an electric truck without a charging stop.

With a total of 682.88 miles, the private express and package service providers DPD Switzerland, the e-truck brand Futuricum and the tire manufacturer Continental have secured the Guinness World Records’ title for the longest distance covered by an electric truck without a charging stop. For the record, the partners used an e-truck that has already been in operation in delivery traffic for six months.

This record was set by a Futuricum truck, which has been in use for DPD Switzerland in regional traffic.

“For DPD Switzerland, we have converted a Volvo FH to an electric drive. The 19-ton truck now has over 680 HP and, with a capacity of 680 kWh, the largest truck battery in Europe on board,” explained Adrian Melliger, CEO of Designwerk Products AG, the company behind the Futuricum brand.

The partners found the best record conditions near Hanover on the high-speed oval at the Contidrom, Continental’s in-house test center. It is a 1.7-mile oval test track. In total, two drivers completed 392 laps in shifts of 4.5 hours each at an average speed of 31 mph, which is a realistic average value for everyday use. Initially, the companies say the weather conditions were not ideal with 57 degrees F outside temperature and only around 73 degrees F ground temperature. The wind blew at an average of 11 mph with gusts of up to 25 mph. After under 23 hours, the partners were able to declare the Guinness World Records title of the longest distance covered by an electric truck without a charging stop with 682.88 miles driven.

“The upturn in electric mobility has put an even greater focus on the importance of particularly rolling resistance optimized tires,” says Hinnerk Kaiser, head of product development truck tires EMEA of Continental. “Our tires enable high mileage and extremely low rolling resistance and thus offers the essential characteristics for the economical operation of electrically powered commercial vehicles. The EfficientPro is a tried-and-tested model that has been developed especially for long-distance transportation and focuses on range and low rolling resistance.”

Advertisement
In this article:Continental, Trucking