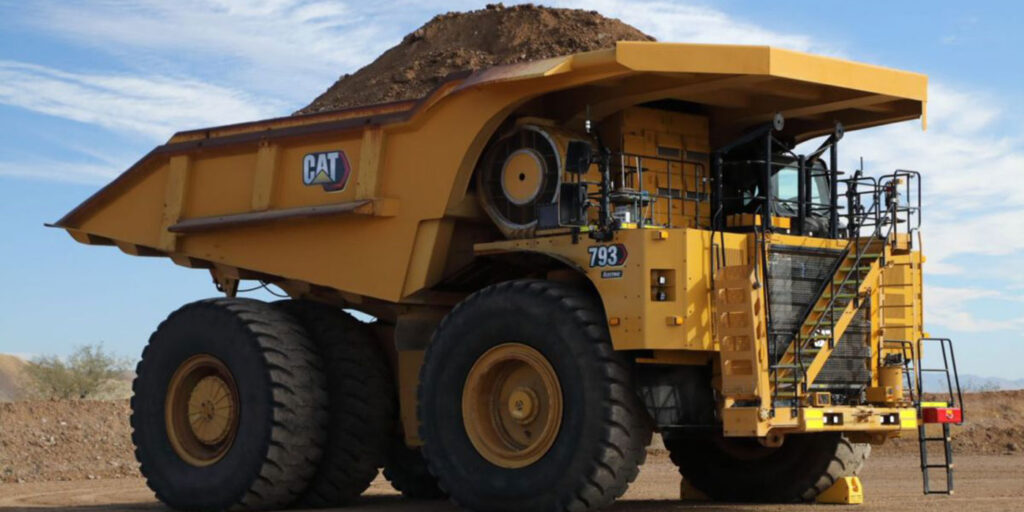 Early Learner customers came together to witness a live demonstration of Caterpillar’s prototype battery truck on a 4.3-mile course. During the event, Caterpillar says it monitored over 1,100 data channels, gathering 110,000 data points per second, to validate simulation and engineering modeling capabilities. Fully loaded to its rated capacity, the truck achieved a top speed of 37.3 MPH. The loaded truck traveled 0.62 miles up a 10% grade at 7.5 MPH. The truck also performed a 0.62 mile run on a 10% downhill grade, capturing the energy that would normally be lost to heat and regenerating that energy to the battery. Upon completing the entire run, the truck maintained enough battery energy to perform additional complete cycles.

The prototype truck was built at Caterpillar’s Tucson Proving Ground, located in Green Valley, Arizona. In support of the energy transition, Caterpillar says it is investing to transform the proving ground into a working, sustainable “mine site of the future” by installing and utilizing a variety of renewable energy sources.

As part of the site transformation, the company says it will install the latest advancements in sustainability technology, including green hydrogen production, natural gas and 100% hydrogen reciprocating engine power generation, fuel cell power generation and expanded energy storage systems. The site will also leverage a variety of renewable power sources, including wind, solar and hydrogen, capable of powering the facility and its products as they become electrified. The transformation of the facility will also serve as a learning platform for optimizing charging and energy management integration.