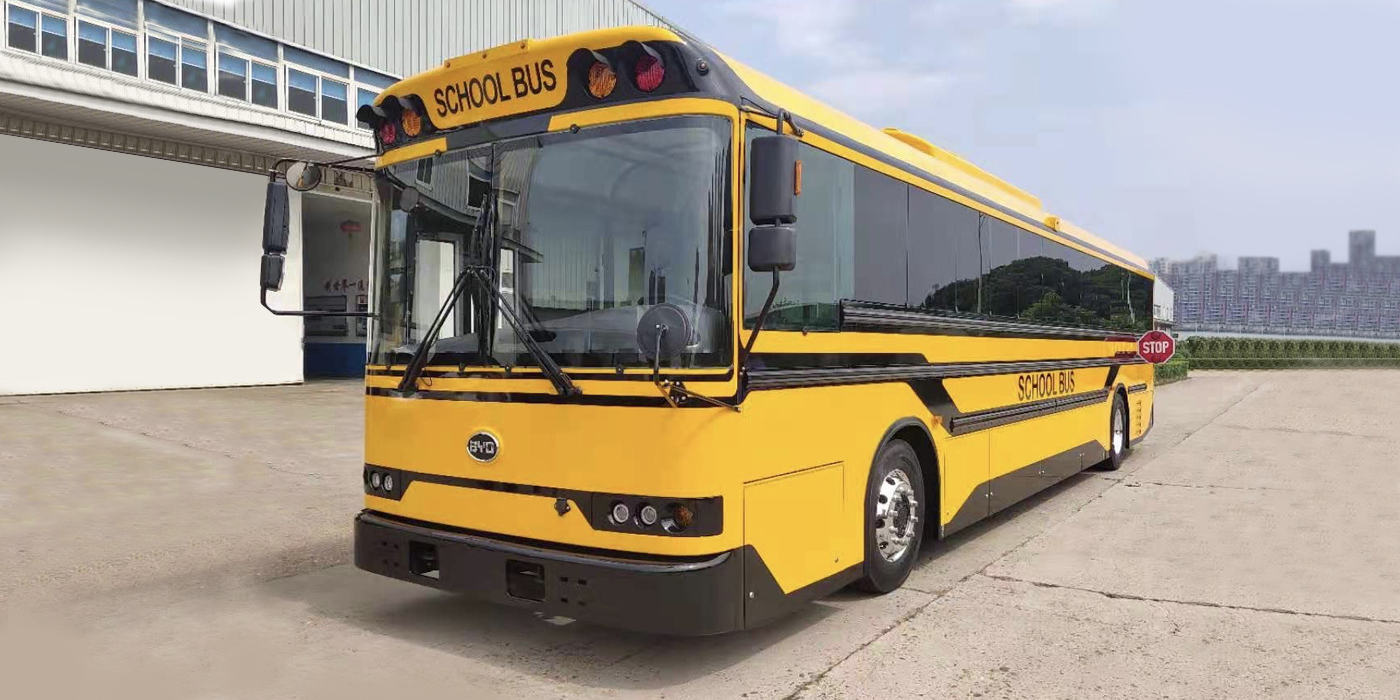 School buses can be charged overnight when energy demand is low, and clean emission free energy can be fed back into the classroom during school hours.

School buses can be charged overnight when energy demand is low, and clean, emission-free energy can be fed back into the classroom during school hours when the bus is parked, the company says.

The BYD Type D features a lithium iron phosphate battery. The battery powers BYD’s powertrain featuring high-speed, dual in-wheel traction motors. BYD says its ibattery-electric technology can cut fuel costs by as much as 60% compared to diesel vehicles. With fewer moving parts and less vibration, maintenance costs can be cut by as much as 60% as well, the company says.

BYD’s school bus design includes electronic stability control to aid handling, a collision avoidance system and a 360-degree monitoring system to detect pedestrians and cyclists when the bus is operating at slow speeds. BYD adds another layer of protection for children as they exit the bus with its Predictive Stop Arm, which monitors approaching traffic and notifies students when it may not be safe to cross.

BYD buses can be equipped with IMMI’S Safeguard 3-point lap-shoulder belts, integrated child seats and portable restraints. The driver’s area features comfort seats, an 18-in. power steering wheel and telescopic steering column, high level of visibility and easy to reach control switches, the company says. The driver can also control the air conditioning over the cockpit in addition to controlling the system for passengers.