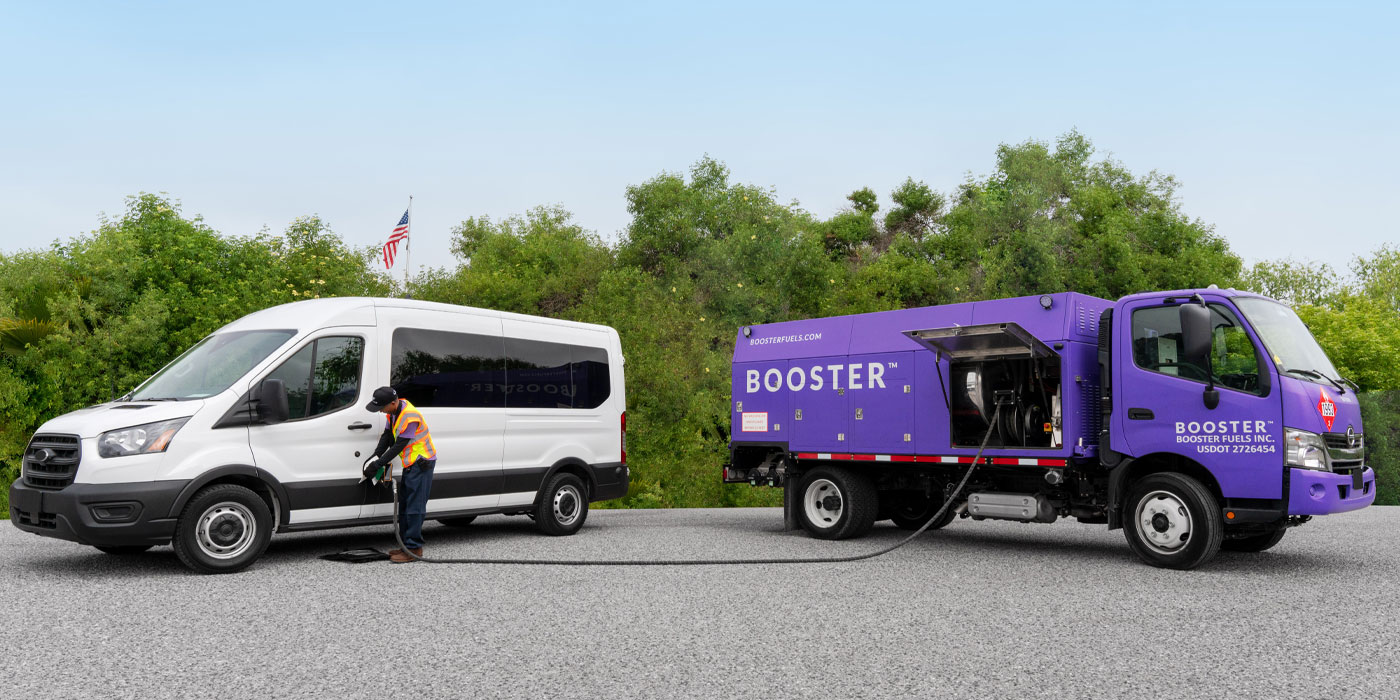 Booster says it services hundreds of fleet customers across the country, and will increasingly offer them delivery of renewable fuels.

Booster has converted more than 90 of its diesel customers with close to 1,200 vehicles to renewable fuels within the first month of its decarbonization initiative. This move will help Booster’s customers cut emissions by more than 70%, saving more than 34 million pounds of carbon emissions next year, Booster says. Booster notified its fleet customers last month of its plans to transition their vehicles from traditional fuels to renewable diesel before the end of the year. The change occurs following an announcement by Renewable Energy Group and Booster to offer mobile delivery of renewable fuels to fleets.

Booster says it services hundreds of fleet customers across the country, and will increasingly offer them delivery of renewable fuels which are now not commonly found at gas stations. Renewable fuels, in general, can be difficult to access: according to the U.S. government, less than 3% of fuel stations in the United States offer Ethanol (E85), and less than 1% offer biodiesel (B20 and above).