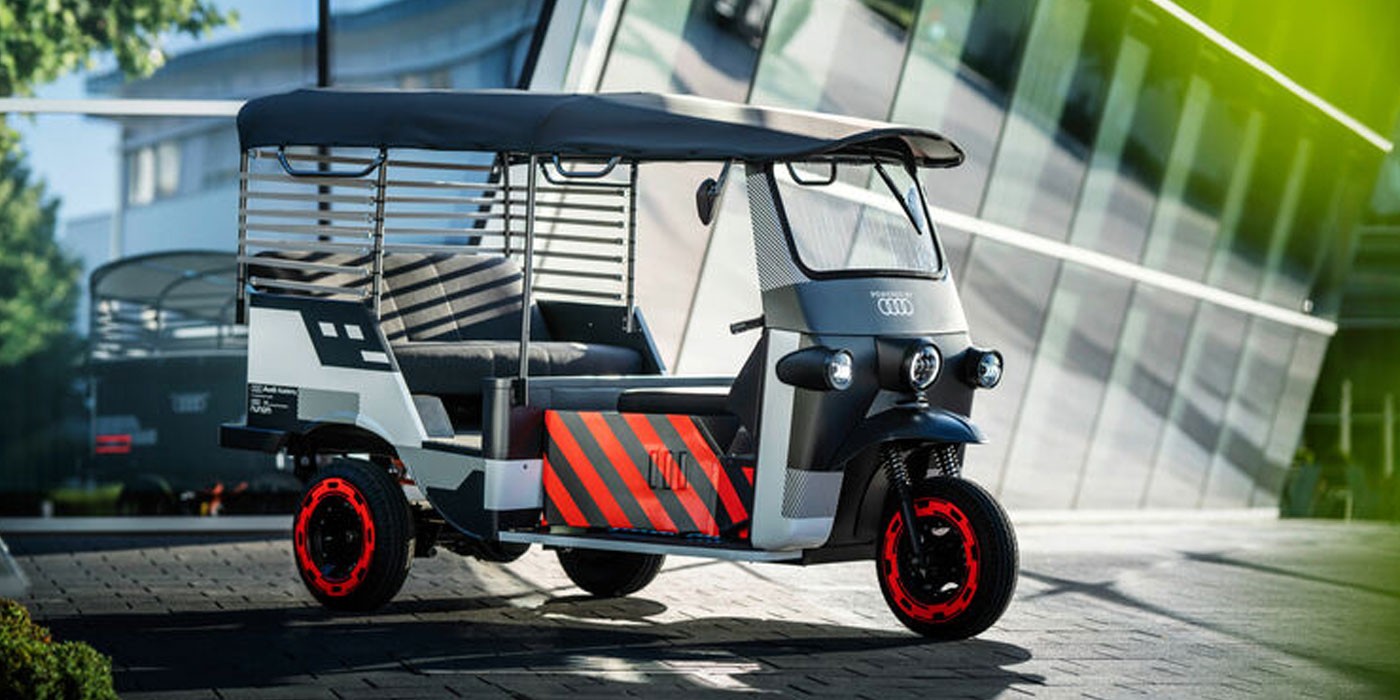 The German-Indian start-up Nunam is bringing three electric rickshaws to the roads of India, powered by used batteries taken from test vehicles in the Audi e-tron test fleet. The aim of the project is to explore how modules made with high-voltage batteries can be reused after their car life cycle and become a viable second-life use case, the company says.

The e-rickshaws powered by second-life batteries are scheduled to hit the roads in India for the first time in a pilot project in early 2023. The start-up’s primary goal is to develop ways to use old batteries as second-life power storage systems, thus both extending their lives and using resources more efficiently.

With a high-energy-density battery and comparatively low vehicle weight, the electric motor doesn’t have to be particularly powerful, since rickshaw drivers in India travel slower and less distance, the company says. While electrically-powered rickshaws are not an uncommon sight in India, they often run on lead-acid batteries, which have a relatively short service life and are often not disposed of properly.

At the same time, rickshaw drivers charge their vehicles primarily with public grid electricity, which has a high proportion of coal-fired power in India. Nunam says its e-rickshaws charge using power from solar charging stations. The solar panels are located on the roofs of the local partner’s premises. During the day, sunlight charges an e-tron battery, which acts a buffer storage unit. In the evening, the power is passed on to the rickshaws.

After the battery has spent its first life in an Audi e-tron and its second in an e-rickshaw, it has not necessarily reached the end of the road. In a third step, the batteries’ remaining power might be used for stationary applications such as LED lighting, the company says.

Advertisement
In this article:Audi, Batteries, Recycling