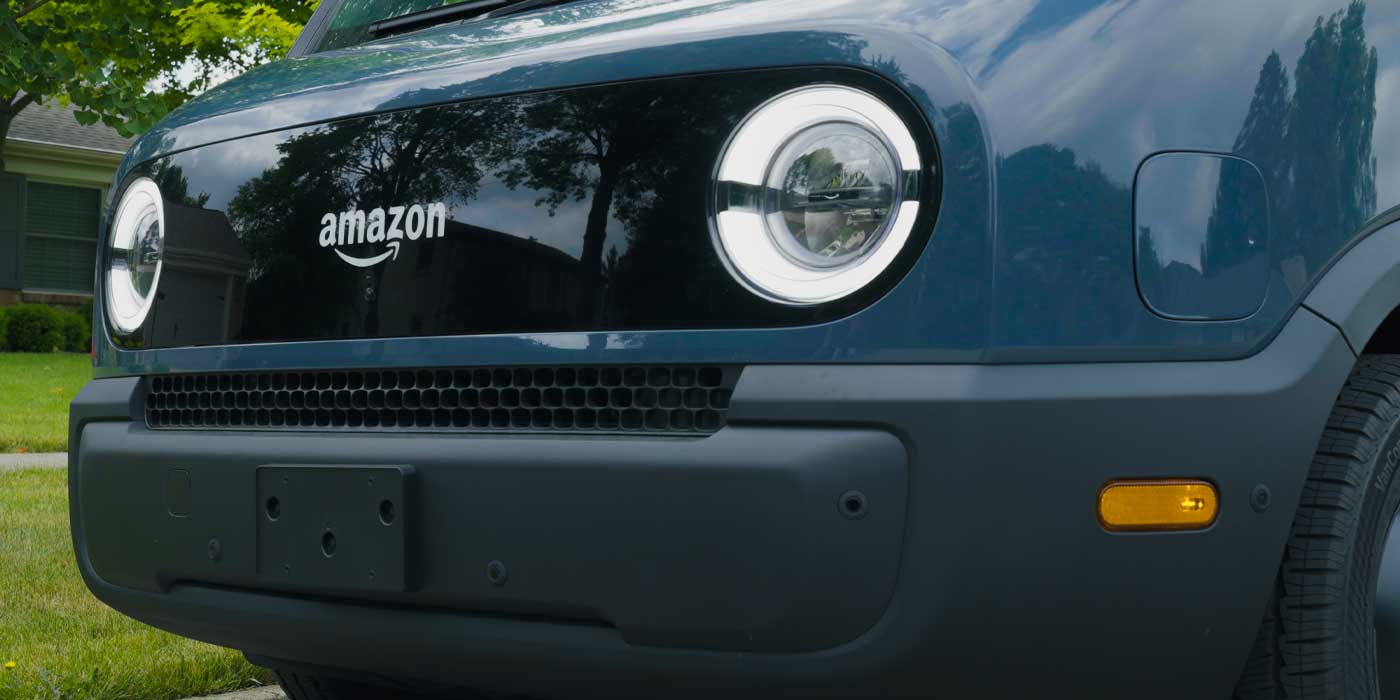 Amazon expects thousands of its custom EVs will be in more than 100 cities by the end of this year.

Customers across the U.S. will begin to see custom electric delivery vehicles from Rivian delivering their Amazon packages, with the electric vehicles hitting the road in Baltimore, Chicago, Dallas, Kansas City, Nashville, Phoenix, San Diego, Seattle, and St. Louis, among other cities. Amazon says this rollout is just the beginning of what is expected to be thousands of Amazon’s custom electric delivery vehicles in more than 100 cities by the end of this year—and 100,000 vehicles across the U.S. by 2030.

The vehicles are the product of Amazon’s partnership with Rivian, which the companies announced in 2019 when Amazon co-founded and became the first signatory of “The Climate Pledge”—a commitment to reach net-zero carbon across its operations by 2040. As part of the pledge, Amazon also committed to have 100,000 electric delivery vehicles on the road by 2030.

Amazon says it has been testing deliveries with Rivian preproduction vehicles since 2021, delivering over 430,000 packages and accumulating over 90,000 miles. Rivian has also completed certifications with the National Highway Traffic Safety Administration, California Air Resources Board and U.S. Environmental Protection Agency.

The custom vehicles are made at Rivian’s factory in Illinois, and innovative technology and features such as 360-degree visibility; a suite of safety features including sensor detection, highway, and traffic assist technology; a large windshield to enhance driver visibility; automatic emergency breaking; adaptive cruise control; collision warnings; technology that fully integrates the delivery workflow with the vehicle, enabling “seamless access to routing, navigation and driver support;” automatic door locking/unlocking as the driver approaches or leaves the vehicle; a powered bulkhead door that opens when drivers reach their delivery location; and a strengthened door on the driver’s side for additional protection.

Amazon has also added thousands of charging stations at its delivery stations across the country. Amazon has partnered with the nonprofit CERES, and several other fleet operators to launch the Corporate Electric Vehicle Alliance, which Amazon says was created to bring together companies to accelerate the transition to electric vehicles.

Amazon begins rolling out Rivian delivery EVs across the U.S.