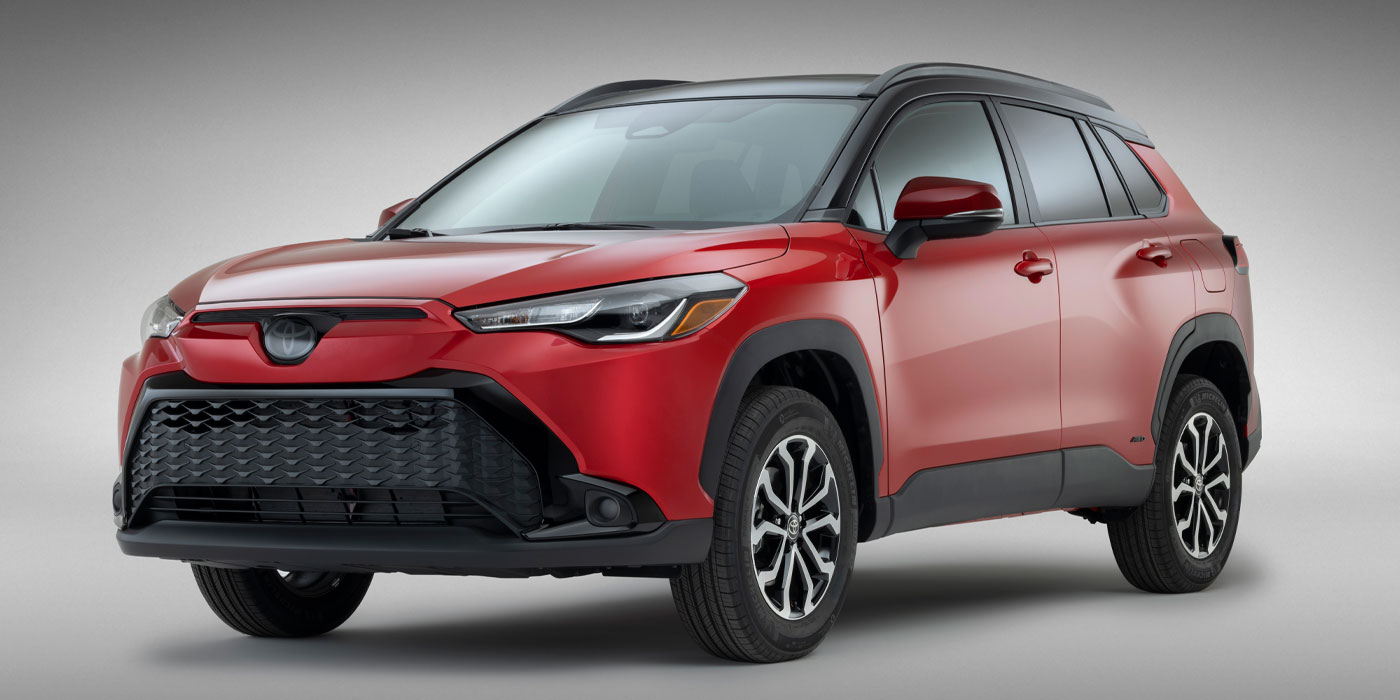 With the new fifth-generation Toyota hybrid system under the hood, coupled with the electronic all-wheel drive system that’s new to the Corolla nameplate, the Corolla Cross Hybrid offers increased power and fuel economy, the company says. Corolla says the Cross Hybrid comes with 194 HP, an 8.0 second 0-60 time and a manufacturer-estimated 37 combined miles per gallon for all grades.

The 2023 Corolla Cross Hybrid will be available in three new grades: S, SE and XSE, as well as the LE and XLE grades. The S and SE grades come standard with 17-in. alloy wheels, an 8-in. touchscreen, a sport-tuned suspension, LED head and tail lamps and smart key access, the company says. The SE grade adds privacy glass, roof rails and paddle shifters – not to mention standard blind-spot monitor and rear cross traffic alert. The XSE grade model of the Corolla Cross Hybrid’s sport offering builds on the features of the SE and gains standard 18-in. Alloy wheels, premium LED headlamps, taillamps and fog lamps, softex-trimmed seats with the addition of heated front seats and a power driver’s seat, the company says.

The 2023 Corolla Cross Hybrid, along with the gas model launched in 2021, will be assembled in the U.S. at the new Mazda Toyota manufacturing plant in Huntsville, Alabama – a new facility that will have the capacity to roll out up to 150,000 Corolla Cross vehicles per year, the company says.